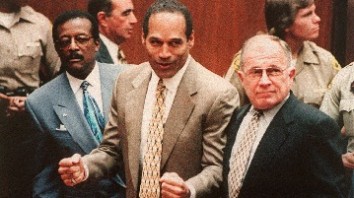 Americans love trials. Criminal trials, in particular, have been a favorite subject for both television (Law &Order, Perry Mason) and movies (To Kill a Mockingbird, The Verdict). But judges, lawyers, and litigants? Not so much.

It has been widely reported here and here that the number of trials of all varieties (criminal, civil, bench, jury) is in an inexorable, decades-long decline. For example, although the number of federal criminal cases filed between 1962 and 2002 more than doubled, the number resolved by trial was only about 70 percent of what it was in 1962.

There can be little doubt that the influence of mandatory minimum sentences and the sentencing guidelines, both of which give great power to prosecutors to reduce the sentence a convicted defendant receives in exchange for a guilty plea, have contributed heavily to this trend. But the inescapable conclusion is that by reason of law and resources, a federal criminal defendant faces almost staggeringly hopeless odds by proceeding to trial.

In 2009, the most recent year for which statistics from the Bureau of Justice Statistics are available, less than 1 percent of criminal defendants were acquitted following trial. Of the 95,891 defendants charged in federal court in that year, fewer than 500 were acquitted following a jury or bench trial. Defense attorneys have a far better chance convincing a district judge or an assistant U.S. Attorney that the case should be dismissed than they do of winning at trial; in 2009, the cases against more than 8,000 defendants were dismissed.

Although chances for acquittal following trial in federal court may be the equivalent of a snow ball’s survival in hell, there may nonetheless be logical, and even compelling reasons for a defendant to proceed to trial despite the strength of the evidence against him and his statistically feeble odds. Sure, a guilty conviction following trial risks a lengthier guideline sentence due to the loss of the acceptance of responsibility reduction (something that might realistically be viewed as a discount view as and possible addition of the construction enhancement), but it can provide the judge with a more complete picture of a defendant. A presentence report invariably presents a washed out version of a defendant’s background and motives, and even the best sentencing memoranda and sentencing hearing presentations seldom provide the level of detail presented in a trial. Defense attorneys sometime refer to these trials in the face of overwhelmingly long odds as “slow guilty pleas.”

There may be some risk that a sentencing judge will consciously or subconsciously impose a harsher sentence on a defendant for taking a weak case to trial. (Believe me, it has happened.) Nonetheless, in today’s era of the rare trial, that risk may be outweighed by the judge’s gratitude for escaping his chambers and actually getting to try a case.

With each new iteration of plea agreements by the government, the fairness of the plea agreement (and trial-eradicating) system diminishes. Defendants are routinely required to waive the right to appeal errors of which they have no knowledge and to contest facts that are clearly wrong, all in hopes of a morsel of mercy being tossed their way. I’m not aware of any statistics on the topic, but anecdotal evidence suggests that more defendants are pleading guilty sans plea agreements.

Perhaps the drafters of the Federal Rules of Criminal Procedure might consider a hybrid trial/plea proceeding where a defendant would be allowed to put on evidence that did not contest his guilt as a matter of law, but provided the judge with a more expansive and in depth view of the underlying facts than is typically available at sentencing. The end result could leave all participants involved closer to the belief that justice had truly been achieved.