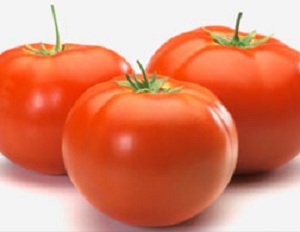 In a fascinating case arising out of the Eastern District of California that I’ve watched for the past couple of years, the government has vigorously pursued the former owner of a California based food company. The head of SK Foods, Scott Salyer, entered a surprising guilty plea Thursday to one count of racketeering and one count of price fixing. Trial was supposed to have started April 17. Under the plea, Salyer is expected to receive a sentence of 4 to 7 years in prison.

Salyer, the grandson of a famous San Joaquin Valley farming family, had a penchant for piloting private jets for personal and business use and lives in a $6.3 million Pebble Beach mansion.

When I first heard of this case, I was skeptical that the government was pursuing some guy over the quality of tomatoes.

Turns out – it was a rather significant prosecution. A total of 10 defendants have previously entered guilty pleas, including former buyers from Kraft Foods, Frito-Lay and others, along with several former employees of SK Foods. Salyer plead guilty to 1) manipulating prices on millions of pounds of processed tomatoes, 2) ordering subordinates to routinely falsify data concerning the mold content and production date of tomato paste, and 3) encouraging a food broker for SK Foods to pay bribes and kickbacks.

Salyer had remained jailed without bond for 7 months before being released to home confinement 18 months ago. The case has been marked by some fascinating legal battles, including whether the government could listen to tapes between Salyer and a female lawyer. The magistrate judge recently ruled that those calls were fair game because they were personal, not professional.

By the way – I love tomatoes.