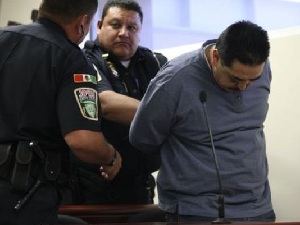 In former Senator John Edwards’ trial, opening statements have concluded and Edwards’ former staffer, Andrew Young, is currently on the stand, according to the Greensboro, North Carolina, News & Record. Assistant United States Attorney David Harbach emphasized Edwards’ deception and manipulation of those around him in order to preserve his chance to become President. The defense acknowledged that Edwards was guilty of many sins, but argued to the jury that not “one dime” of the $900,000 in monies from Rachel “Bunny” Mellon and Fred Baron used to support Edwards’ mistress, Rielle Hunter, went to Edwards or his campaign.

250 miles away, in Washington, opening statements in the second trial of former pitcher Roger Clemens are underway, per the Washington Post. Clemens’ first trial for alleged perjury in his earlier testimony before Congress concerning whether he had used steroids or human growth hormoneended in a mistrial. The defense argued that Clemens’ former strength coach, Brian McNamee, used a needle which had been used to inject Clemens with vitamin B-12 and mixed steroids in the needle in order to frame Clemens.