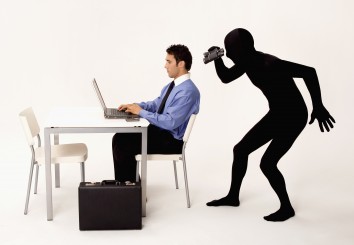 Jane Park of New York City won big in the EuroMillions, Britain’s national lottery. Hours later, she was the quarry of blackmailers.

When she shared the new but refused to share the money, someone hacked her Snapchat account and posted a personal, and revealing, image of Park, 21. The posters demanded cash to return control of her account.

Park took home about $1 million but now claims the win “ruined her life.” After becoming the UK’s youngest winner, Park went through her cash on two properties and $60,000 worth of cars. Now she’s sold her furniture and her three-bedroom house and moved back with mom because she feels “lonely.”

In February, Park considered suing lottery bosses Camelot for permitting her to win such a huge amount since she was youthful and naive.

Things might have gone differently if Park lived in America.

Creative prosecutors take advantage of this confusion to level criminal charges that aren’t about computer hacking but target other behavior. For example, in U.S. v Drew and U.S. v Nosal, Federal prosecutors claimed violating a private agreement amounts to a CFAA violation. Compounding the problem is the disproportionately harsh penalty. Even first-time offenders accessing a computer without “authorization” can spend up to five years in prison and ten years for each repeat offense. If other parts of the CFAA  are violated, the offender is looking at 10-years, 20-years or even life in prison.

Privacy is confusing in the USA. Many citizens still believe in outdated privacy myths and aren’t sure how to protect personal information. Most also don’t know which laws protect privacy and online security.

Pew Research Center found that American citizens lack confidence in everyday communications’ security and the organizations controlling them. Sixty-eight percent of American Internet users believe present laws aren’t good enough. As a result, individuals break the law daily as they try to protect their privacy through methods such as altering their IP address or use a VPN or Virtual Private Network.

Change Your IP: Go to Jail

The Electronic Frontier Foundation (EFF) proposes changes to the law to prevent prison time for “tinkerers, security researchers, and privacy seekers.” The EFF appears trying to make sure the punishment fits the crime.

One group, the EFF hopes to protect are users who take steps to change their IP address and comparable identifiers for the purpose of protecting their privacy.

At present, anyone seeking to change their MAC address or IP address is facing a lengthy prison stay — without access to the Internet.