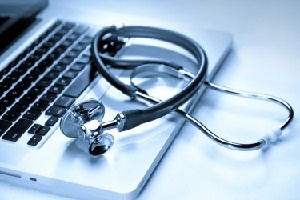 A former doctor from Colorado has been convicted of practicing medicine in California without a license for prescribing a generic form of Prozac over the Internet for a Stanford student who later committed suicide.

Christian Hageseth, 68, could face up to a year in jail when he is sentenced April 17, in a precedent-setting case that allowed a California county to reach across state lines to prosecute doctors who engage in “telemedicine” without examining or even seeing patients.
Hageseth is not expected to be sentenced to any prison time, said Steve Wagstaffe, San Mateo County’s chief deputy district attorney.

“The prosecution was extremely important to establish the principle that doctors utilizing the Internet as a tool to practice medicine must be licensed by the state of California, even if the doctor lives in another state,” Wagstaffe said Monday. Hageseth was a doctor in Colorado, but surrendered his medical license in that state after the investigation began.

“I’m just very worried about a situation in which California is declaring the power to jail out-of-state telemedicine providers for not being licensed in California,” Briggs said. “If the CEO of Google wants to call the Mayo Clinic with a medical question, given this case, they have to hang up on him.”

“Telemedicine” is an oddly anachronistic term to apply to this online prescribing practice, but in any event this prosecution does seem like an interesting precedent. Hageseth’s case may provide another tool for prosecutors to go after doctors who facilitate the online availability of widely abused and diverted prescription drugs. (Whether that’s a good thing for society or not, of course, is a different question.)