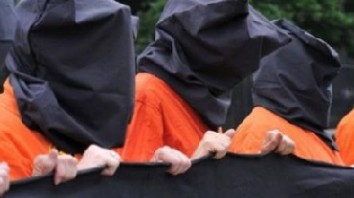 Just before thanksgiving last year, President Obama signed the new anti-torture bill. This new bill ensures that future interrogations by law enforcement will avoid use of torture. For the vocal critics of torture and other questionable counter terrorism acts, Obama’s bill is a welcome sign that the US is moving forward with rights of prisoners, irrespective of the circumstances of war.

The provision signed in November 2015 dealt specially with Federal interrogation techniques. This provision was needed to facilitate the banning of the regular practice of torturing prisoners during interrogations.

This provision may also prove to be useful in case the executive ban is over-turned by the next incoming president. Already, Republican candidate Donald Trump has vowed to approve water boarding to fight terrorism.

The new bill could be a game-changer as it limits all interrogation to techniques found in the Army Field Manual 2-22.3 (AFM). Unfortunately most of the media and presidential candidates have been too busy bickering on what they would do if they became president and have not caught up with this change in the law against torture.

Any incoming president who wants to revise this provision will need to have a new bill passed through Congress in order to permit torture of prisoners- a scenario that is not only time consuming but fraught with legal obstacles. The present provision, many feel, is a genuine legal step forward and will exclude ill treatment by any agency of the government and that includes private contractors and the CIA.

Many human right organizations have fully supported President Obama’s initiative on the interrogation bill. Even though cruel, torture and inhuman treatments were all illegal, the Bush administration used the so called “enhanced interrogation” techniques to justify their use on prisoners captured in Afghanistan.

This new provision now bans all types of torture. It also requires that the International Committee of the Red Cross which is charged with the supervision of legal treatment of prisoners be promptly notified and given access to all detainees under effective control by agents of the US government. The general consensus in the Senate and Congress is that the era of torture for the US government is over.