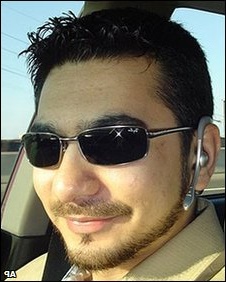 Pakistani-American Faisal Shahzad, the suspected Times Square bomber, attended terrorist training camp at in Pakistan, the Federal Bureau of Investigation (FBI) has said. In a 10-page compliant file yesterday before the Court of Judge Nathaniel Fox, Southern District of NewYork, the FBI alleged Shahzad travelled from Connecticut to New York on a sports-utility vehicle (SUV) that was laden with a bomb.

The 30-year-old was arrested from the New York’s John F Kennedy Airport on Monday night when he was trying to flee the country.

Earlier, US Attorney General Eric Holder told reporters that Shahzad was co-operating with the federal investigating agencies and was providing useful information.

The federal said Shahzad, who gained US citizenship in April last year, returned from Pakistan on February 3. He had arrived on a one-way ticket.

During an immigration inspection, Shahzad told officials that he had been in Pakistan for at least five months to visit his parents.

He indicated that he intended to stay in a motel in Connecticut while he looked for a place to live and a job. Shahzad further advised his wife to remain behind in Pakistan, the FBI told the court.

In addition, Shahzad admitted that he had brought the Pathfinder to Times Square and attempted to detonate it.

Shahzad also noted that he had driven a particular car to the airport on May 3, 2010 and stated that the car contained a gun, the FBI said, adding the gun was recovered from his car.

“Shahzad, after receiving bomb-making training in Waziristan, Pakistan travelled to the US, transported a sports utility vehicle to the vicinity of 45th Street and Seventh Avenue in Manhattan, New York, and attempted to detonate explosive and incendiary devices located inside the sports utility vehicle,” the complaint stated.

Following his arrest late Monday night, the FBI said Shahzad used a pre-paid cellular telephone, which has not been used since April 28, both to call a fireworks store and to receive a series of calls from Pakistan following his purchase of Nissan Pathfinder.

The Pakistani-American bought the vehicle, which he used to fit explosives inside, with cash on April 24, 2010, the FBI added.