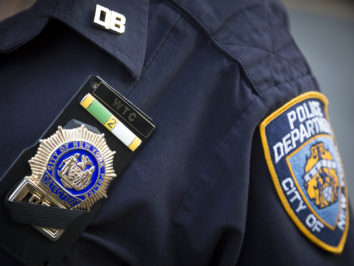 What happens when the law becomes the defendant? This is what we are witnessing right now in the case of Joseph Franco.

In 2019, Franco, a New York Police Department narcotics detective, was charged with perjury. Over the nearly two decades that he acted as a law enforcement officer in New York, he made thousands of arrests, and his testimony was instrumental in securing convictions throughout the city.

But now, those who relied on his expert testimony have cause to question it after he was accused of lying about drug sales that never happened or that he could not have witnessed. This subsequently led to perjury charges in March of 2019.

These charges have far-reaching effects, with as many as ninety convictions now being called into question and potentially thrown out in Brooklyn alone. Other boroughs may potentially follow suit. Already, Brooklyn Court Judge Keisha Espinal has vacated over 50 drug convictions that were based on Franco’s testimony.

On Wednesday, Eric Gonzalez, the Brooklyn DA, admitted that he had lost faith in Franco’s testimony. In the middle of a time of needed criminal justice reform, they couldn’t rely on his testimony to stand by those convictions. And because many of them were over a decade old with witnesses and video that may have been lost or no longer able to be located, these cases cannot be reinvestigated.

What Led to These Revelations?

In 2019, Franco was charged with 26 criminal counts, including perjury and misconduct, after investigators within the Manhattan DA’s office found inconsistencies with his testimony. Later it was found that many convictions in Brooklyn also hinged on his testimony while he worked in undercover narcotics. While the majority of individuals ended up entering guilty pleas, it is widely understood that defendants often enter guilty pleas because they feel it is a losing battle going up against the judicial system.

Franco was fired from his law enforcement position and has pleaded not guilty. His attorney, Howard Tanner, has asked the public to “withhold judgment” until facts are all heard.

In the meantime, nearly all the convictions that the Brooklyn DA’s office is seeking to dismiss involve drug-related crimes, many of which were for low-level offenses. These took place between 2004 and 2011 and spanned generations of individuals from 20 years of age to over 40.

When the System Has Cracks

Police officers making misleading and false statements is nothing new here in New York. In a 2018 investigation into these matters, the New York Times found that there were over 25 instances between January of 2015 and March of 2018 where there was potentially untrue law enforcement testimony that was central to a conviction.

Unfortunately, even for those who don’t serve significant sentences, the harm has already been done. Many lost jobs and were separated from their families. A criminal conviction will follow an individual around, often for life, impacting their ability to seek employment and even housing.

Take Back Your Power

For many, it seems like the criminal justice system has all the power. In New York, we have seen what happens when over-zealous prosecutors take the wrongful testimony of law enforcement over innocent people.

If you have been accused of a crime, the rest of your life may depend on the quality of your defense. Contact the aggressive criminal defense team at the Bukh Law Firm for a free consultation.