The Ninth Circuit Court of Appeals last week issued an opinion holding that Customs agents may seize electronic storage devices, including computers, hard drives, USB sticks, smart phones and digital cameras carried at the U.S. border and search the devices either at the port of entry or at an off-site forensic laboratory under the border search exception to the Fourth Amendment’s prohibition against unreasonable searches and seizures. According to an article by Forbes magazine, the Court held that such searches must be reasonable, and the duration of the deprivation cannot be egregious. The opinion, U.S. v. Cotterman, may be viewed here. 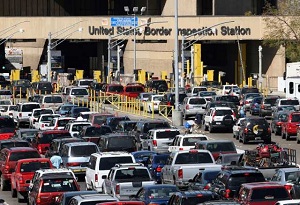 The case arose from the prosecution of Howard Cotterman who crossed the U.S./Mexican border with his wife at Lukeville, Arizona, on April 6, 2007. U.S. Customs and Border Protection agents received a Treasury Enforcement Communications System alert to be on the lookout for child pornography, as a result of Cotterman’s 1992 conviction for sex crimes involving children.

The agents screened Cotterman and his wife at the border and seized two laptop computers and three digital cameras. The agents conducted a search of the devices at the border, but were unable to find any alleged illicit material since much of the data on the computers was password-protected. The agents then returned the cameras to the Cottermans and allowed them to enter the U.S., but retained the computers and sent them to Tucson, Arizona, for forensic examination. A forensic examination discovered hundreds of images containing child pornography on Cotterman’s laptop.

Cotterman was charged with possession of child pornography. The trial court granted his motion to suppress the evidence seized from his laptop as the result of an illegal search and seizure, and the government appealed. In its opinion, the Ninth Circuit reversed the trial court’s decision, holding that whatever an individual brings into the U.S. can be searched and that such searches may take place hundreds or thousands of miles from the physical border. Border searches are distinguishable from other types of searches in that there is no reasonable expectation of privacy. Where a search is prolonged, however, the government must justify the search by showing a reasonable suspicion that the search may uncover contraband or evidence of criminal activity.