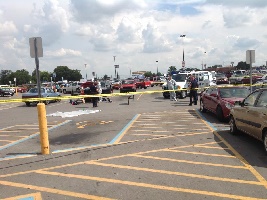 The Ninth Circuit issued an interesting decision discussing the application of the federal Mandatory Victims Restitution Act (18 U.S.C. § 3663A) to the cleanup of a methamphetamine laboratory 10/2/07 in United States v. Brock-Davis, No. 06-30565.

Without going into tedious detail, the appellate panel concludes that the MVRA does apply to damage done to a hotel room in Montana through the operation of a meth lab.  The court could even order restitution to cover the elaborate, government-mandate procedures associated with “decontaminating” such a lab. Brock-Davis described those cleanup procedures as “excessive and ridiculous,” but the Ninth Circuit says she assumed the risk that such cleanup would occur.

However, it was inappropriate to charge Brock-Davis for “lost income” resulting from the inability to rent the hotel room because the hotel had plenty of available rooms anyway during the period of the cleanup.  Nor was it acceptable to bill Brock-Davis for work related to asbestos-testing the hotel ceiling tiles and replacing those tiles, since there had not been a showing that the ceiling was affected by the operation of the meth lab. The court remanded on that final point to determine whether there was a link between the lab and the problem with the ceiling tiles.

(Below: This hotel, in Kalispell, Montana (which I won’t name so as to avoid giving it bad Google voodoo, though you can see the name in the picture) is described on tripadvisor.com as having rooms that are “older, but clean.” That must be because of the exciting methamphetamine cleanup that took place in this case. Previously, however, Room 107 contained “an ice bucket with dark purple stains both on the bottom and floating in clear liquid, an empty box for a microwave oven, a white powdery substance, and other items indicative of a meth lab.”)