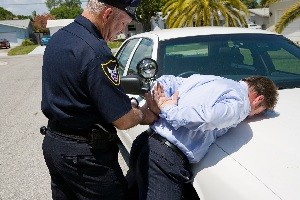 The U.S. v. Leon rule allowing officers to rely in “good faith” on what turns out to be an inadequate warrant does not apply when it was not objectively reasonable in the first place for the officers to believe that the warrant was supported by probable cause, a Ninth Circuit panel held today in U.S. v. Luong, No. 05-50090.

In this case, the DEA and LAPD searched Luong’s home based on a warrant affidavit that merely (1) repeated an anonymous tip that somebody who was coming to Los Angeles from Hong Kong might be involved in making methamphetamine, and (2)described an observation of Luong, together with a companion who had come to Los Angeles from Hong Kong, buying a high-pressure hose at Home Depot.  These allegations, by themselves, did not constitute probable cause for the search, a point the government conceded on appeal. But more critically, the court said it was not reasonable for the officers to believe in good faith that probable cause existed or for other factors to be figured in after the fact in an effort to cure the deficiencies that existed in the warrant at the time.

In a little dose of sanity, the court rejected the argument that the inadequacy of the warrant should be chalked up to “exigent circumstances” because law enforcement was concerned that a meth lab might start up and thereby “threaten the community with a chemical explosion or fire.” (If the court had accepted that argument, it would have essentially meant that police dealing with meth labs could disregard the 4th Amendment as a matter of course on “exigent circumstances” grounds.) The court also rejected the notion that evidence extrinsic to the affidavit (such as comments made by the officers to the judge over the telephone) should be considered in determining whether probable cause existed.

Judge Callahan dissented, noting that “a police officer generally should be able to rely on a judge’s probable cause determination.” To my mind, this is actually an interesting point. Even if the warrant was based on flimsy evidence, the judge approved it. Why would a reasonable officer second guess that determination? On this issue, the majority says: “Leon clearly and unequivocally states that when the affidavit itself is entirely lacking in indicia of probable cause, it cannot be said that the officer acted in good faith in relying on a warrant that issues. That is the precise situation we have in this case.” So it seems that the rule is that an officer can rely in good faith on a defective warrant, as long as the warrant isn’t so manifestly defective that good faith reliance is simply not possible.