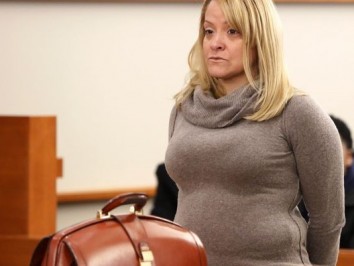 “I apologize to the American people,” said Liana Barrientos. “I could have let people in this country who could have killed us.”

Barrientos wed ten men over 11 years as part of a green-card con, according to the NYPost.

“I deserve this due to my selfishness. I will live with this for the remainder of my life,” Barrientos told the judge when he sentenced her.

Barrientos accepted a plea bargain in July. She will spend 18 months in an outpatient alcohol and drug treatment program. If she doesn’t complete therapy, she faces up to four years in jail.

“It was stupid,” Barrientos said. “The father of my son was behind bars. When a man offered me $10,000 to get married, that was easier than pole dancing.”

Barrientos’ serial-marriages started in 1999. She committed serial matrimony with six men prior to her first husband, Mohamed Gebril, filing for divorce in 2002. Barrientos went on to get married five more times that year according to law enforcement authorities.

Barrientos couldn’t remember the aliases of all her spouses.

“I don’t recall marrying any except Vakhtang Dzneladze and Salle Keital,” she told detectives in 2015. Dzneladze was husband number seven while Keita was number 10.

At the peak of the con, Barrientos was married to eight men simultaneously. Several of the men were from “red-flagged” nations speculated to harbor terrorists.

Spouse #8, Rashid Rajput, was sent back to Pakistan in 2006 after allegedly making threats against America.

“Rashid was quiet,” said Barrientos. “I just met him once or twice.