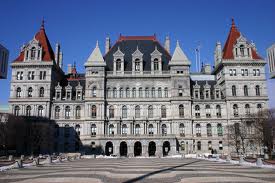 New York Senator Joseph L. Bruno was indicted in January of 2009 on eight counts of fraud. A jury in the U.S. District Court for the Northern District of New York acquitted Bruno, who is now 81 years old and the former Republican Majority Leader of the New York State Senate, on five of the remaining charges and deadlocked on the sixth in December of 2009. The federal charges were based on allegations that Bruno allegedly took approximately $3 million in kickbacks from businesses seeking to do business in New York, as well as labor unions. In particular, Bruno s alleged to have accepted $280,000 in “consulting fees” from companies associated with Loudonville, New York, businessman Jared Abbruzzese. Bruno was sentenced to two years’ imprisonment last May, but has remained free pending his appeal in the U.S. Court of Appeals for the Second Circuit.

Now the U.S. Attorney’s Office has filed a brief with the Court of Appeals requesting that the dismiss the charges against Bruno and remand his case for a new trial, as reported in the Saratogan. The prosecution argued that Bruno’s convictions under 18 United States Code Section 346–the honest services fraud statute–cannot stand following the U.S. Supreme Court’s decision in U.S. v. Skilling, the case against former Enron executive Jeffrey Skilling, as the Blog has noted here. However, it maintains that it can obtain another indictment of Bruno under the statute, as amended by Skilling. The government contends that it will be able to prove a quid pro quo if Bruno is ordered retried. Bruno and his counsel have filed a brief with the Court of Appeals arguing that any retrial of Bruno would violate double jeopardy.