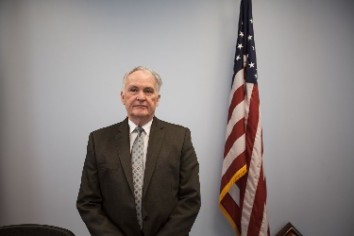 New York City has agreed to a settlement in the long-running legal battle over abuses at Rikers Island, the country’s second-largest jail system, federal and city officials said on Monday.

The administration of Mayor Bill de Blasio committed to a host of far-reaching reforms in the deal, including the appointment of a federal monitor, an expansive new policy restricting the use of force by guards against inmates and the installation of thousands of surveillance cameras at the jail complex, the office of the United States attorney for the Southern District, Preet Bharara, said in a court filing.

The agreement also includes a major focus on the safety and supervision of teenage inmates, which was the subject of a lengthy civil rights investigation by Mr. office.

“This comprehensive framework requires the city to implement sweeping operational changes to fix a broken system and dismantle a -long culture of violence,” Mr. said in a statement.

Mr. Blasio, in a statement, said the city had “a moral imperative to ensure every New Yorker in this city’s is treated with decency and respect.”

The settlement, which comes after months of negotiations, follows a decision by Mr. office in December to join an existing class-action lawsuit, Nunez v. City of New York, that had been brought by the Legal Aid Society and private law firms seeking broad changes at Rikers.

In August, Mr. office, after a two-and-a-half-year investigation, issued a blistering report that found of unnecessary and excessive force by correction officers against adolescent inmates and the widespread violation of their civil rights.

The New York Times first reported details of the expected settlement on Thursday.

The government’s seven-page filing on Monday in Federal District Court noted that the settlement would also include “robust requirements” for reporting the use of force by correction officers, the development of an “early warning” program to flag guards whose conduct may warrant corrective action, and the wearing of body cameras by guards in a pilot project.

The document said the monitor who will oversee and help to develop the reforms at Rikers is Steve J. Martin, a lawyer and national corrections expert who has been an expert witness and a court-appointed monitor in previous prison class-action lawsuits in New York City. He declined to comment on Monday.

In the court filing, Mr. said it was also on behalf of the Legal Aid Society and the law firms Emery Celli Brinckerhoff & Abady and Ropes & Gray, as well as for the city. The parties expect to be able to submit the agreement for approval by the court no later than July 1, the filing said.

Although the agreement was embraced wholeheartedly by Mr. Blasio; Joseph Ponte, the city’s correction commissioner; and Zachary W. Carter, the city’s corporation counsel, the negotiations dragged out in recent weeks, to the point that Mr. publicly expressed frustration at their pace. He declared at a news conference this month that “every day that goes by where we don’t have enforceable and enduring reform at Rikers Island is one day too many.”

In one dispute, The Times reported, the city objected to a provision that would require the Department of Correction to notify the United States attorney’s office whenever it referred a criminal use of force episode to the city’s Investigation Department. The filing on Monday indicates that the provision remains in the final deal.

In focusing on the treatment of young inmates, the agreement ends the use of punitive segregation for inmates under 18 as well as for 18-year-olds with serious mental illness, the filing says. Mr. has already imposed a series of reforms at Rikers, including, for example, ending solitary confinement for 16- and 17-year olds.

The filing says that the lawyers for the individual named plaintiffs in the Nunez class action had reached an agreement in principle with the city to resolve most of their individual damages cases, which are still subject to approval by their clients. The 11 plaintiffs, all men, said they had been beaten by correction officers at Rikers and two other city facilities, the lawsuit shows. A 12th plaintiff settled his case in December for $200,000, according to the Law Department.

Despite the current and pending reforms, the city is still struggling to get at Rikers under control. As recently as Monday, three inmates were slashed in gang-related attacks, prompting the department to take the unusual step of locking down the city’s entire system, including the 10 jails on Rikers Island and three borough jails, two officials with knowledge of the situation said on the condition of anonymity because they did not have permission to speak to the news media. The lockdown was still in effect on Monday evening.

One of the occurred aboard a bus that was transporting inmates, the officials said. The extent of the inmates’ injuries was not immediately known.