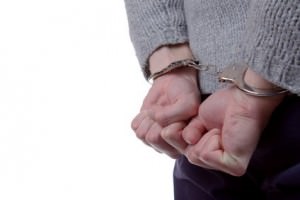 A Queens mother, Nicole “Nikki” Kelley is accused of suffocating her 11 month old son and was arrested on July 8, 2014 after she posted pictures on her Facebook, admitting that she failed to keep the child “safe.” According to police, Kelley confessed to the crime of killing her son by placing a sheet over his face when she put the child to bed and then watching the child struggle to breath before leaving him and returning a half-hour later to find him blue and not responding.

According to Queens DA, Richard Brown, when the father returned to the Elmhurst home and found the child not breathing, he rushed the child to the hospital, where the child was pronounced dead. The mother made statements online prior to the child’s death that she was unable to manage handling the child because he was becoming more difficult for her to care for. Police arrested her several hours later after the child’s death. When questioned by police, Kelley confessed to killing the child and told police: “I reached my breaking point, I didn’t want him anymore.” Kelley faces second degree murder charges and is currently undergoing a psychiatric exam at Elmhurst Hospital. If convicted, she could face 25 years to life in prison.

Under New York law, a person can be found guilty of murder in the second degree if they have intent to cause the death of another person in connection with kidnapping, robbery, arson, rape, burglary, or other similar crimes. The court will look at such factors as whether the victim was under elven years of age or sexually abused and whether enhanced penalties may be appropriate if the person is convicted for such crime. Murder in the second degree is considered a class A-I felony. However, an affirmative defense can be used to argue that the defendant was under extreme emotional distress as well as other defenses such as self-defense or defense of others and temporary insanity.