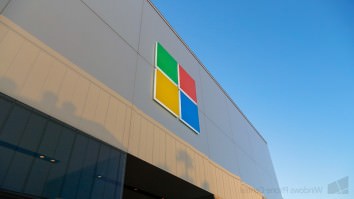 Microsoft is suing scammers who phone people pretending to represent the firm and offering bogus technology support. It is believed that these spam callers ask to take over home computers and demand money to fix them. They are also known to install viruses and useless security software and trick people into spending hundreds of dollars for non-existent computer problems.

Microsoft has received more than 65,000 complaints about such scams since May and is now finally taking legal action against firms that are accused of misusing the software giant’s name.

The civil lawsuit has been filed by Microsoft’s Digital Crimes Unit against Omnitech Support and other firms on the grounds that these firms are using “unfair and deceptive business practices and trademark infringement.”

While this scam has been going on for decades, more and more of these fake callers are now getting remote access to people’s computers. They are then able to steal personal and financial information. Many people are also being tricked into signing up for technical support through fake web ads or fake telephone calls claiming to represent Microsoft.

Microsoft is warning consumers that these scammers will probably be quite active over the holiday season. “The holiday season is a popular time for scammers as more people engage in online activities, including shopping, donating to charity and searching for travel deals,” it said.

Microsoft has also issued caution to senior citizens as they are among the most vulnerable of all segments. The US Federal Trade Commission had filed a similar case in Florida last month against a company that was using advertisements to make people believe they had a virus in their computer. They then succeeded in selling worthless services to these victims. Similarly, in the UK, National Trading Standards has also taken legal action against a man who hired people at an Indian call center and used them to communicate false information about their computer.

Microsoft is offering several tips to users so that they are able to avoid these scammers. These include confirming from the caller if there is a subscription or a fee for the service. If this is the case, stay away from such offers. In addition, users are being advised not to give control of their computers to a third party unless and until they can be confirmed as a legitimate representative. Finally, users should never give out their credit card and other financial information to such callers.