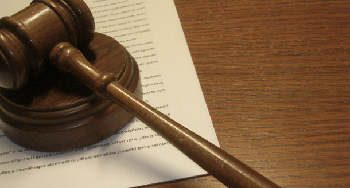 Steven F. Shaw, 49, a New York resident, was sentenced in United States District Court in Albany, New York, to 36 months in prison, to be followed by supervised release for 5 years, and to pay restitution in the total amount of ,653,530, upon his conviction of making false statements in a loan application, tax evasion, and conversion of the funds of a health care benefit program. Senior United States District Judge Thomas J. McAvoy imposed the sentence and directed Shaw to report on August 31, 2010, to the facility designated by the U.S. Bureau of Prisons to begin serving his sentence. The restitution amount was comprised of ,500,000 to Berkshire Bank, 2,530 to the Internal Revenue Service, and ,000 to the Capital District Physicians’ Health Plan for Tougher Industries, Inc.

In 2006, while Shaw was the President and Chief Executive Officer of Tougher Industries, Inc., a heating and air conditioning contractor based in Albany, New York, he caused Tougher Industries to apply for loans in the total amount of approximately million from Berkshire Bank. Because Tougher Industries‘ financial statements were not strong, the bank required Shaw to guarantee the loan personally. To satisfy this requirement, Shaw submitted personal financial statements, tax returns, and a personal biography in support of the loan application. The bank also required that Shaw provide supporting documentation for financial accounts that he had listed on his personal financial statements. The account statements, documents, and information provided by Shaw were false. Shaw inflated his financial statement, falsely represented that it had been prepared and reviewed by a Hartford Financial Services senior vice-president, and falsely claimed to have accounts at Bermuda Commercial Bank Limited, Smith Barney Citigroup, and American Funds.

Shaw submitted false federal income tax returns for the years 2003 and 2004 that were never filed and falsely reflected that they were prepared by a firm that Shaw made up. Shaw also falsely claimed to have earned a Bachelor of Science degree from Pace University and a Masters Degree from Princeton University, though he had never been enrolled at either school, and falsely claimed to have been a member of the United States Ski Team from 1980 to 1982.  The loans to Tougher Industries were approved and disbursed in June of 2006. On November 3, 2006, Shaw filed a voluntary petition seeking the reorganization of Tougher under Chapter 11 of the United States Code in the United States Bankruptcy Court for the Northern District of New York.

Shaw failed to file federal income tax returns for calendar years 2004, 2005 and 2006, despite having taxable income for those years totaling approximately ,995, 9,102, and 2,480, all well in excess of the requisite filing amounts, and tax due and owing for these years of ,991, ,869, and ,670, respectively. Shaw engaged in other affirmative acts of evasion, including attempting to conceal his income by using an incorrect social security number. Shaw used about ,680 in Tougher Industries funds to purchase a 2003 Sea Ray boat, and 0,000 in Tougher Industriesfunds to purchase of real estate on Lake George, and misrepresented what the funds were for.Shaw also embezzled about ,000 from the Capital District Physicians’ Health Plan for Tougher Industries, even though the employees’ health care premiums were not being paid at the time.