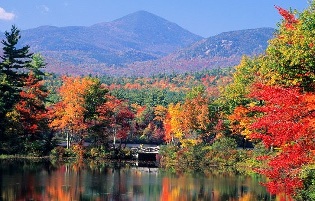 Dr. William Weeks had a life many would envy. He was a prominent psychiatrist, a professor at Dartmouth College, a physician at the local Department of Veterans’ Affairs hospital, a nationally-recognized expert on rural healthcare, the head of his town’s School Board and treasurer of his church.

However, as reported by Fox News, his life fell apart after 2004 when investigators conducting an audit began looking at five $1.5 million contracts between Dr. Weeks and the VA hospital. The VA was believed to have developed an animus against Dr. Weeks over his articles in medical journals discussin how the VA could improve healthcare to veterans in rural areas by using non-VA providers. The investigation led in 2009 to Dr. Weeks being charged with five misdemeanor charges of violations of conflict of interest rules. The government alleged that Dr. Weeks placed himself on both sides of the contracts and funneled unused grant monies to his expense account at Dartmouth to pay for a sabbatical.  The VA also filed a civil action against him.

Fortunately for Dr. Weeks, he was acquitted on all counts following an eight day trial in April. However, his life had been ruined. He was terminated from his position, his marriage fell apart, he had incurred six-figure legal bills and he had attempted to commit suicide three times—twice by carbon monoxide and once by pills. The VA agreed to pay Dr. Weeks $800,000 to settle his civil claims. However, it insisted that he resign his position as a condition. Darmouth also agreed to pay the VA to settle allegations of improper conduct involving the administration of contracts with the hospital. Prosecutors continue to maintain that the prosecution was justified.