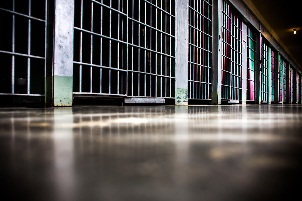 Much has been written recently about the sad case of Aaron Swartz. Described as “a brilliant young software programmer and Internet activist,” Swartz, 26, committed suicide in January. At the time of his death, Swartz was under indictment in the District of Massachusetts for wire fraud, computer fraud, and various other cyber-crime-related offenses. The indictment alleged, in essence, that Swartz, without authority, hacked into a restricted-use online service that provided archiving and research services for academic institutions.

The U.S. Attorney in Boston has acknowledged that there was no evidence that Swartz ever intended to use the information for personal gain. Instead, it appears that Swartz’s actions were driven by a desire to make information available on the internet. Swartz’s supporters and friends have blamed the U.S. Attorney, in large measure, for Swartz’s death. They argue that charges should never have been brought against Swartz, and that the U.S. Attorney’s insistence that Swartz plead guilty to a felony was an example of gross prosecutorial overreach. The U.S. Attorney, on the other hand, has defended her office’s handling of the case, stating that the assigned prosecutors, “took on the difficult task of enforcing a law they had taken an oath to uphold, and did so reasonably.” Whether this was a case of prosecutorial overreach or a reasonable prosecution lies in the eye of the beholder. It is a debate in which there will be no clear winner. However, an important lesson should be taken from this tragic case.

Those of us who work in the criminal justice system, whether as defense attorneys, prosecutors, judges, or pretrial services officers, need to always keep in mind that we deal in high-stakes cases, where the stresses and emotions can be overwhelming. I am personally familiar with several cases involving defendants who committed suicide after charges were brought against them. (Fortunately, none of those cases involved individuals whom I prosecuted or defended.) The cases involved no discernible pattern as to the ages of the defendants (they included young and not so young), their level of education, their prior criminal records (or lack thereof), or the nature of the charges (they included charges as disparate as possession of child pornography and violent extortion).

What is apparent is that these individuals all suffered depression, at least in part, as a result of the circumstances in which they found themselves; a depression so profound that they decided to take their own lives. Perhaps such tragedies, including that of Aaron Swartz, couldn’t have been prevented, but we should at least be sensitive to the issue and take appropriate action when the signs of serious depression are present and perceived.