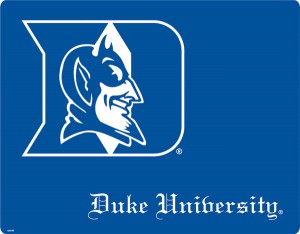 A Washington DC legal team has left the group of lawyers representing Duke University in two lawsuits which arose from the infamous 2006 lacrosse team proceedings. Documents filed in the court reveal that 4 attorneys from the Wilmer-Hale law firm were given the green light in June to walk away from the task of representing the school and Duke University Health System.

Former US deputy attorney general, Jamie Gorelick, was probably the most well-known attorney working on the case for Duke. Gorelick also was on the 9/11 Commission which studied the events leading up to the 2001 terrorist attacks. Gorelick’s role on the 9/11 panel was controversial politically because she had helped establish the guidelines and policies which limited the ability of federal agencies to exchange information.

There has not been an explanation for Gorelick and the others withdrawing from the case. Michael Schoenfeld, Duke’s public affairs officer, told reporters with the Herald-Sun that the school will not comment on matters pending before the court.

The withdrawal occurred as the North Carolina school gets ready to dispute lawsuits brought by two sets of one-time players who avoided indictment. The original charges stemmed from an allegation by stripper Crystal Mangum of having been sexually assaulted at a party held by the team. Mangum’s claim was later proven to be false.

The former players have been pursuing claims that the school’s leadership committed fraud and obstructed justice in their response in 2006 to Mangum’s accusations. One of the claims still to be litigated is that school President, Richard Brodhead, along with other school officials, broke confidentiality promises to the players.

Another dispute centers on accusations that Duke worked with former District Attorney Mike Nifong to hand over information about the players’ actions the night of the party to investigators without a subpoena.

In April, attorneys for Duke, filed their responses with the court which denies the players’ accusations. The filings opened the door for the different sides to start exchanging evidence as required.

Attorneys from Greensboro based Ellis & Winters and members of the Raleigh firm, Yates, McLamb & Weyher are handling the cases for Duke and the health system.The school also has attorneys on staff, none of which are shown as attorneys of record for the cases. Ellis & Winters has an additional attorney, Don Cowan, working on the case for Duke, but was sidelined in lay May after he “suffered a medical event.” Cowan has not withdrawn from the case.