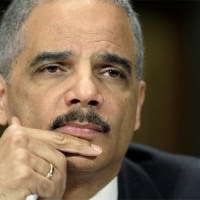 Attorney General Eric H. Holder Jr had already declared last year that America’s legal defense system for the poor was in a crisis. Now, he is supporting a landmark class-action lawsuit accusing Gov. Andrew M. Cuomo and the State of New York accusing them of perpetuating a legal system that violates the rights of people who cannot afford lawyers. The lawsuit has been filed by the New York Civil Liberties Union (NYCLU) and is the first of its kind to go to trial.

NYCLU claims that during the last fifty years, New York has neglected its duty to provide poor people attorneys. They have passed on the job to counties that do not have the necessary resources to represent poor defendants adequately.

Holder is not entirely wrong. The legal system of New York is indeed in a crisis. Most public defenders in the State are overworked and overmatched and if you look at the bare essentials, the legal support that the system offers for the poor is basically no defense at all. All they manage to do is provide some spotty advice as they do not have the time or the money to focus on these cases or investigate them properly.

The consequences of this substandard legal system are aplenty. Several children are taken away from their parents because of insufficient legal aid; defendants end up being jailed for long periods of time for minor cases and in many cases, people are imprisoned for crimes that they did not commit. There is thus no doubt that there is a lack of justice in local criminal courts in New York.

That is probably why the state of New York has agreed to settle the lawsuit that its public defense system is underfunded and violates poor people’s rights to counsel. The fact that Holder highlighted this very relevant gap in the legal system has pushed the state to establish a cap on the number of cases court-appointed attorneys may handle. The state will also ensure that defendants will have lawyers at their first court appearances.

As per the proposed settlement, the state of New York will provide funding to ensure that public defenders have time to meet their clients as well as investigate cases thoroughly. In addition, state-wide reforms are also expected to be implemented in the next budget proposal and should address the issue of funding of public defender offices as well as the number of court-appointed attorneys.