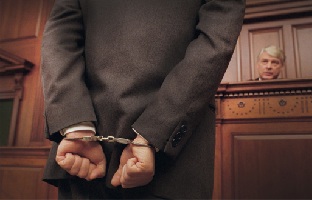 Most recently, in Gall v. U.S., 128 S.Ct. 586 (2007) Justice Souter authored a concurring opinion in which he expressed his view that the best resolution of the tension between the Sixth Amendment right to trial by jury and consistency in sentencing was for Congress to enact a new statutory system of mandatory sentencing guidelines which provide for jury findings on all facts necessary to set the upper range of sentencing discretion. Justice Souter also concurred with the majority in U.S. v. Knights, 534 U.S. 112 (2001), in which the majority held that no more than reasonable suspicion was required to support a warrantless search of a probationer’s apartment, reserving the question of whether the Court’s holding inWhren v. U.S., 517 U.S. 806 (1996) that the subjective intentions of investigating officers play no role in searches based upon probable cause should also extend to searches based upon reasonable suspicion. InIllinois v. McArthur, 531 U.S. 326 (2001), the majority of the Court held that police officers preventing the petitioner from entering his home unaccompanied by an officer for about two hours while the officers obtained a warrant to search the home constituted a reasonable seizure of the premises pursuant to the Fourth Amendment. Justice Souter joined the majority in a concurring opinion in which the Justice observed that the exigent circumstances created by the risk that the defendant would have destroyed the illegal drugs stashed on the property would have justified a warrantless search of the premises by the police. In his concurrence inFlorida v. White, 526 U.S. 559 (1999), which involved the warrantless seizure of an automobile from a public place by police as contraband under Florida’s contraband forfeiture law, Justice Souter took issue with the majority’s holdings to the extent that they endorsed the warrantless seizure of anything alleged to be “contraband,” holding that “[t]he Fourth Amendment does not concede any talismanic significance to use of the term ‘contraband’ whenever a legislature may resort to a novel forfeiture sanction in the interest of law enforcement, as legislatures are evincing increasing ingenuity in doing…” (citing Bennis v. Michigan, 516 U.S. 442, 443-446, 458 (1996); U.S. v. James Daniel Good Real Property, 510 U.S. 43, 81-82 & n. 1 (1993) (Thomas, J., concurring in part and dissenting in part)). And in Carlisle v. U.S., 517 U.S. 416 (1996), Justice Souter disagreed with the majority opinion that a district court possesses inherent authority to grant a motion for a judgment of acquittal, observing that Congress might possess the power to abrogate courts’ inherent authority legislatively, citing Federal Rule of Criminal Procedure 29(c).