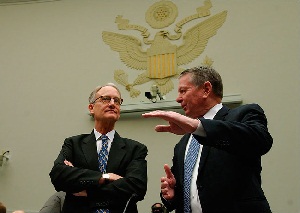 A top attorney with the U.S. Department of Justice recently defended the use of deferred-prosecution agreements (DPA’s) to combat corporate wrongdoing. On September 13, 2012, Assistant U.S. Attorney General Lanny Breuer, spoke to the New York Bar Association and maintained that that the increased use of such agreements has had a “transformative effect” on corporate compliance throughout the world.

In DPA’s, the government agrees to delay or forgo a criminal prosecution if a company admits wrongdoing, cooperates with an investigation, pays a fine, and improves its internal compliance program. If the terms are not met, the government can still prosecute. According to Breuer, these agreements have given the government greater flexibility in dealing with large corporations that employ thousands and have a significant influence on the health of industries and the markets. “When the only tool we had to use in cases of corporate misconduct was a criminal indictment, prosecutors sometimes had to use a sledgehammer to crack a nut,” Breuer said. “More often, they just walked away.”

As a successful example, Breuer cited the case of Morgan Stanley, where a former Managing Director, Garth Peterson, pleaded guilty to a violation of the Federal Corrupt Practices Act and was sent prison in August 2012. The U.S. Department of Justice decided against indicting the company because Morgan Stanley had cooperated with the investigation and maintained a strong compliance program. According to Breuer, “(t)hat is smart and responsible enforcement.” “Companies now know that avoiding the disaster scenario of an indictment does not mean they escape from accountability . . . they must prove to us that they are serious about compliance.”

Since the Enron scandal, and the resulting demise of accounting firm Arthur Andersen, prosecutors have been mindful of the consequences of a corporate indictment. In 2002, Arthur Andersen was convicted of obstruction of justice in connection with the auditing of Enron. While the U.S. Supreme Court later overturned the conviction, the damage could not be undone. Arthur Andersen was no longer able to return as viable business and thousands lost their jobs. Breuer’s recent remarks highlight the trend of the government to use DPA’s to avoid these types of disasters in certain cases where reform and rehabilitation are possible. The agreements give the Justice Department the means to police corporations without imposing a death sentence.