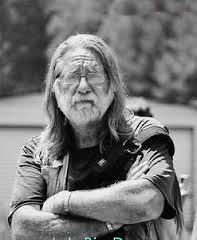 Jerry Nelson is an internationally known photojournalist. Born in America, now based in South America, Jerry turns his camera and pen on social justice issues globally. His blog, Journey America.US, has been called the “intersection of Jerry’s passion for photography and his passion for human rights.”

His work has opened the door for him to work with the famous and infamous. From Hillary Clinton in her failed 2008 Presidential bid to Rick Perry in his failed 2012 effort to the Mexican drug cartels in the desert along the US/Mexican border, Jerry has been able to go out, get the story and bring it back to show others.

His work crosses many niches, some of which many people are unaware of. The effects of acid rain on the famous Angkor Wat Temple in Cambodia, the growing pollution from illegal mining and deforestation in the Amazon and mountain top removal in West Virginia are just a small number of the environmental stories Jerry has covered.

On the human rights front, Jerry has walked with undocumented aliens as they crossed into Nogales, made friends with the Aborigines in Australia’s untamed Outback and lived and slept with protesters in Washington’s McPherson Square as part of Occupy DC. His book, “OccupyDC — As I See It,” has been called the most complete photographic collection documenting the Occupy movement ever produced.

Jerry’s work is not the world of safe landscape photography; he sees a side of places and people that few dare to travel. His work has resulted in him being caught in the middle of a buffalo stampede, knocked into the Colorado River when the raft he was in hit a boulder and capsized and he was stranded for three days in the snow — with no food — in the Rockies. Jerry is willing to go to any lengths to bring the story — in words and images — home.

Most recently, Jerry has covered the Falklands/Malvinas war veterans in their fight to get recognized by the Argentina government and he is the only western journalist to have spent several days, and nights, in Argentina’s infamous “Hidden City.” Thirty-thousand people crammed into a few acres that is so dangerous, Argentina’s federal police won’t enter.The Hidden City is also the only barrio that Jorge Mario Bergoglio, now known to the world as Pope Francis, refused to visit.

When not visiting the corners of the world, Jerry lives in Buenos Aires with his beautiful Argentine wife, Alejandra.