Q: The trial of this case ended in a hung jury in April of last year, tell us a little bit about your theories of defense and your strategies in trying the case. 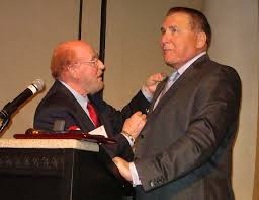 Nevertheless, I made up my mind that we would concentrate on the known holes in their case by focusing on the sloppiness of the investigation. In the suppression hearings, it came out that the Government had made a prosecutorial decision not to call the lead agent as a witness. Thus, we honed in on the failure to even contact alleged “victims” until after the charges were made, their failure to document exculpatory evidence when they finally did talk to those “victims’ and essentially challenged them to call the FBI agent to the stand or suffer adverse inferences about him if they didn’t do so. Knowing that the nun would kill them, and that they didn’t really know what to do with her, I also emphasized in opening statement that any prosecutor worth his salt would call a Nun as their first witness if that Nun supported the most sensational charges they had made . Throughout the ensuing trial, we used every witness they brought in as a character witness for Dr. Wecht, and brought out time and again questionable tactics by the lead FBI agent and the prosecution. We taught the jury about 302’s, and what they are, and every time a witness testified that they told the agent favorable information to Dr. Wecht we then brought out that the agent hadn’t included that in his 302 or wrote none at all. We used their own witnesses to show how they had mislead key witnesses about key facts in the Grand Jury. In short, I decided that if they were going to try to keep the jury from hearing about what they had done they would have to object in their presence and make the Judge rule in their presence so the jury could see what was going on in the courtroom.

Q: This case appeared to be particularly contentious. Were you worried about being too aggressive with the government counsel and witnesses, so that the jury wouldn’t like you?

Mr. McDevitt: My own view is that a jury wants the lawyer to defend his client, and that was especially true with a man of the stature of Dr. Wecht. I think most jurors come to court with a basic sense that the proceedings are going to be fair, and that if they sense that the Judge is not being fair then they will come further to the side of the defense to even things out. As to our demeanor before the jury, we were always extremely professional, never aggressive with a witness in the sense of being insulting or anything like that, and focused on the content of the questioning and the themes of the case we defined for them in opening statement. The simple truth is there are two parties in all criminal cases, and the Government is always on trial also. The way to lose all credibility is to take cheap shots, but an unrelenting attack based on what you can show via cross of their own witnesses is very powerful.

Q: At the trial of the case, you did not put up any witnesses and Dr. Wecht, who has testified hundreds of times in civil cases did not testify. What factors went into that decision making and how difficult was the decision to not have Dr. Wecht testify?

Mr. McDevitt: The decision whether to put on a defense is the one that you know when you make it will either be said to have been brilliant or boneheaded depending on what the jury does. It goes with the turf. But as a general matter not calling a witness really allows one to focus all attention at closing on what the jury is to decide-did the Government prove a case. The focus is then all on their witnesses, their case, and their shortcoming. The jury isn’t deciding whether they believe defense witnesses or the defendant. It permits a closing which puts the prosecution on the defensive about their case, as there is nothing else to talk about.

Moreover, in a long trial, putting on a defense means it is the defendant who is keeping the jurors from their jobs and family. And, during a trial, all counsel try to read jurors and it was my sense that there were several jurors who were disgusted by what they had seen and heard and would never vote to convict him of anything.

Thus, in the end, it wasn’t a hard decision to make here. I also didn’t want to give dignity to their case by making Dr. Wecht take the stand, and frankly wanted to beat the charges without calling a single witness. I thought doing so sent a message to the jury about what we thought of the case, and set up closing argument better.

Q: After the Third Circuit removed Judge Schwab so that a “less invested adjudicator” could take over, you renewed your motion to suppress which was successful, which lead to the dismissal of the case – why didn’t the “law of the case” doctrine bar relitigating that issue?

Mr. McDevitt: We did brief that issue, as it was an obvious impediment. Here, the Third Circuit had expressly directed that a “fresh set of eyes” look at the case when they removed Judge Schwab. We reminded the new judge that was his mandate, and in our brief cited to over a dozen cases where the Third Circuit had reversed Judge Schwab for doing the same thing he had done on the dispositive motions he had denied – failing to explain his reasoning, not articulating how he was avoiding controlling precedent, applying the law of other circuits instead of Third Circuit law and the like. We also pointed out to him several exceptions to the law of the case doctrine, including an omnibus one that allows a successor judge to revisit rulings if not doing so would produce an unjust result. We then argued that Dr. Wecht had already stood trial once with evidence that was seized by invalid warrants, and they couldn’t get a conviction, and that to do so again would be most unjust if he agreed that the warrants were bad.

In his eventual opinion, Judge McLaughlin agreed that the mandate gave him the right to do so, and specifically found “that a court may depart from the prior ruling of a coordinate court when necessary to avoid an unjust result”.

Q: Most folks don’t know that you were almost held in contempt – tell us a little about that and how much did that concern you?

Mr. McDevitt: Judge Schwab repeatedly cited to us a Fourth Circuit case where the lawyer was actually imprisoned for extrajudicial speech. He did so one time right when we were headed to Court for the original suppression hearings at the time he had the disciplinary reports of the lead agent under seal and us under an order that we couldn’t talk about it even in court. He also issued an order prior to the original recusal motion that there would be contempt hearings after the trial. After the Third Circuit issued its rulings expanding free speech rights, and as noted above, the United States Attorney filed a motion seeking to have me incarcerated the first time we spoke. He did not threaten contempt then, but did refer it to the disciplinary board, which later tossed it out completely.

It is a weird feeling to see your picture on the front page of the paper under a headline that the prosecution is seeking to have you jailed in the midst of the case. Quite frankly, it angered me and just gave me more resolve. When that happened, instead of retreating, I called all the members of the media and gave an interview that we don’t bully well and would continue to represent Dr. Wecht with even greater vigor. And we did.

Q: Jerry – is there anything you’re particularly proud of having litigated this case to the Third Circuit at least three times and having tried the case for almost two months?

Mr. McDevitt: Mostly, I am very proud that Dr. Wecht is now a free man again and that we were able to beat all 84 charges without calling a witness. Also, the law which came out of this case will help all defense counsel in high profile cases, especially when trying to preserve the presumption of innocence in the face of prosecutor remarks. The constitutional law on the First Amendment rights of counsel, coming from a unanimous circuit, should be very helpful to many, and the Fourth Amendment has been reinvigorated by the final decision in the case.

Q: Finally, are there any lessons learned from this case that you can share with us out here in the trenches?

Mr. McDevitt: To those trench warriors out there, I am reminded of an old maxim from my days in the Marine Corps-Don’t jump out of the foxhole, because if you do you will usually be the first one shot.

Jerry, thanks very much for your time and again, congratulations.