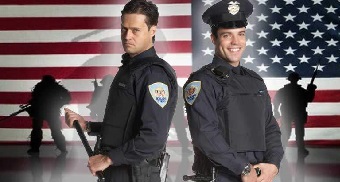 A relative of Jeremy Reichberg tried to remove cell phones from his home on the day of his capture according to Manhattan federal prosecutors.

Manhattan U.S. Attorney Preet Bharara accused the de Blasio supporter of bathing Harrington and Grant with gifts — in a barter for favors.

Harrington and Grant pleaded not guilty to their part in the bribery plot. Assistant U.S. Attorney Martin Bell told Judge Gregory Woods that the proof facing the two men includes emails and recordings and other documentation.

Bell told journalists that on the day Reichberg was arrested, a family member tried to take a quantity of cell phones out of the home. Besides the seven cell phones, thumb drives, CDs and business cards from NYPD members were also removed.

Reichberg put NYPD cops on speed dial and paid them over $100K in bribes according to prosecutors.

They also named an episode where Reichberg got law enforcement to close down a Lincoln Tunnel lane so a VIP might be accompanied to one of De Blasio’s fundraisers.

Other observers reported how Reichberg used his contacts within the department to make tickets vanish and receive cooperation from uniformed cops to settle personal feuds and increase safety at religious venues and attractions.

Harrington let a businessman buy supper a couple of times a week for a year and a half at upscale Manhattan eateries — where checks ran about $450.

The two high-ranking NYPD officers have been charged with enjoying free flights, free prostitutes, free meals and other freebies in return for implementing a private police force for neighborhood businessmen in Reichberg’s good graces.

As if the gifts weren’t enough, Reichberg and Grant enjoyed a $59,000 visit to Las Vegas in February 2013. Also on board the private jet, a prostitute who told NYPD detectives that Grant took pleasure in her “services” during the excursion.

According to prosecutors, Grant — who is married — was approached onboard by the hooker outfitted as a flight attendant and asked, “Coffee, tea or me?”

Grant chose her and had sex with the female on the aircraft both going to Vegas and on the homecoming leg of the trip.

The revelations are just the most recent development in a series of corruption investigations being coordinated by Bharara.

The arrest, along with others, embarrassed the country’s biggest police department as well as putting De Blasio’s campaign financing problems in the spotlight.

David Villanueva, assigned to the gun licensing bureau, was also accused of accepting bribes to expedite requests for Alex Lichtenstein, a member of a volunteer safety patrol.

Richard Ochetal pleaded guilty in June for his role in that bribery case as well as the cases against Grant and Harrington.

All of the “law enforcement” officers have been relieved of their badges and guns.

The manager of Grant’s union refused to explain, but his attorney, John Meringolo said his firm did not have time to evaluate the data.

“We think Mr. Grant did not perpetrate a federal crime,” he shared in a released statement.

The FBI Assistant Director in Charge, Diego Rodriquez said, “The misuses of power, in this instance, are not victimless offenses. The victims are the citizens of New York, who depend on law enforcement to perform their sworn responsibility. The victims are the police officers who work to support the law