Q: Jerry congratulations on the dismissal of all charges in the Wecht case in the Western District of Pennsylvania earlier this month. (Readers can find earlier posts here) I want to talk with you first about the pretrial battles in the case – was there any part of the motions practice that you think the others of us in the trenches can learn from? 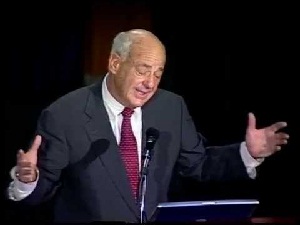 Mr. McDevitt: In the unique circumstances of Dr. Wecht’s case, motion practice was aimed at constructing the legal defenses and was also the first chance to tell the other side of the story in a cohesive fashion. The United States Attorney had convened a high profile press conference in which she both touted the sheer number of charges hurled by her office (84) and highlighted especially inflammatory charges that Dr. Wecht had “literally traded” unclaimed cadavers for free lab space at a local Catholic University at which to conduct his private autopsy practice. This had caused intense adverse publicity which threatened his presumption of innocence.

Thus, we used the vehicle of a suppression motion not only to point out the problems with the key warrants, but to demonstrate the questionable origins of the investigation in the first place. It all started because the local District Attorney didn’t like the independent manner of death decisions made by Dr. Wecht in cases involving deaths of citizens at the hands of local police. Put simply, the local DA wanted Dr. Wecht out of office so that the control over the manner of death determinations would be by an appointed official rather than an independently elected medical examiner. We then linked that motive to the manner in which federal agents obtained and executed search warrants on Dr. Wecht’s place of business to show they just went into his office and grabbed anything, then started looking for anything they could find. By emphasizing that they took things like his files on JFK, Vincent Foster, and other high profile cases, and even books, it made it obvious they were not looking for evidence of specific crimes. We also drew into question the honesty of the lead FBI agent, although at the time we filed the motion we did not know the full extent of his prior misconduct.

At the same time, I started to attack the legal theories involved to show that the law was being bent in a unique, one of a kind prosecution, and that the case involved truly trivial charges, such as using the office fax machine to do personal business. We did so in order to combat any thought that the sheer number of charges was significant by showing that they larded up the indictment with dozens of counts that literally involved pennies. Doing so made the prosecution take some ridiculous positions regarding the honest services charges, and committed them to disastrous trial positions.

Given the nature of the charges and the press conference held by the United States Attorney, we also constantly honed in on one big point to make the overall point that the investigation was a shabby one by pointing out that the body trading charges necessarily meant that the head of the local Catholic University, who happened to be a nun, would have had to be the other side of that transaction. We then stated time and again that they had not even bothered to interview her before making those charges, and that they knew by the time of motion practice those allegations were categorically false, but continued with them rather than suffer the embarrassment of admitting that a United States Attorney would make such wild allegations without confirming the accuracy before doing so.

Ironically, I truly believed at the time that the suppression motion would be granted given the many glaring problems with the facial validity of the warrants and the manner by which those warrants had been executed.

Q: You moved to disqualify the district court judge several times, Judge Schwab – what brought that about, and why were you eventually successful in that endeavor?

Mr. McDevitt: The thought of moving to recuse a federal judge never occurred to me in nearly thirty years of practice, and no trial lawyer worth his salt ever wants to do that. But in this case, it really did become a matter of honor driven by respect for what a federal court is to stand for and almost always does stand for. Thus, we moved twice to have the Judge recused. The first time was after it was obvious that the Judge was acting more as an adversary against us, and doing things that are unheard of in criminal cases. He had entertained ex parte advocacy from the Government on their Giglio obligations regarding the OPR’s own adjudicated findings that the lead case agent had twice been involved in dishonest behavior, telling us we had no right to even know what the government had submitted to him under seal. The Judge also devised ways to save the search warrants on grounds not even argued by the government.

Judge Schwab refused oral argument on everything, and then wrote opinions where he would not even address case dispositive issues we presented. While the contents of the OPR reports remained under seal and we were gagged by a protective order from even discussing them in open Court, he wrote opinions for public consumption trivializing those reports and making it sound as they were inconsequential records. He held contempt over our heads for our criticism of the prosecution’s conduct, at one point saying he would hold contempt hearings after trial. Then, after saying he would have four days of hearings prior to trial to determine whether the Government’s 200,000 pages of exhibits were admissible, an alien concept to me, he sent out an order sua sponte declaring all their exhibits admissible because we supposedly had not given him a list of objections to all those 200,000 pages of exhibits. We then moved the first time to have him recused. By a two to one vote of the Third Circuit, he narrowly escaped recusal, and the plurality opinion strongly criticized many of his actions, including some of his decisions on the search warrants and prohibitions he had placed on our use of the disciplinary records of the FBI agent. No doubt, the Circuit thought its instructions would be heeded. At the same time, the Third Circuit ordered public disclosure of the FBI disciplinary records and exercised its supervisory authority to expand the First Amendment rights of defense counsel to publicly advocate on behalf of the client.

After that decision came back down, things did not get better. Despite the Third Circuit order expanding free speech rights of defense counsel, the first time we spoke about problems with the case the United States Attorney filed a motion seeking to have me imprisoned and my license revoked.

Judge Schwab also convened suppression hearings sua sponte with an ill-defined order rather than waiting for any adversarial guidance. After the hearing, the Government could not even muster a response to key Fourth Amendment problems made manifest by the hearing record, but once again Judge Schwab denied us relief without even addressing suppression arguments that were uncontested by the Government.

At the same time, Judge Schwab came out with a sua sponte order that the jury would be anonymous and that we were not even allowed to take the jurors real names out of the courtroom. These and other factors lead us to ask the Circuit a second time to remove him. Although reversing his anonymous jury order, he was left in charge of the case.

After trial, and his declaration of a mistrial using procedures that the Third Circuit found to be highly flawed, the Third Circuit sua sponte removed him and directed that a “less invested adjudicator” take over and examine the case with a fresh set of eyes. That was done, and Judge McLaughlin held two oral arguments on suppression issues, and eventually quashed the two major warrants, effectively killing the case on the very grounds we had presented as our first substantive motion to Judge Schwab back in April of 2006.