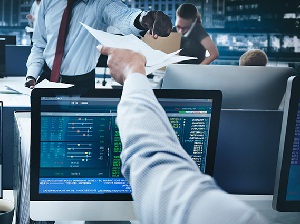 In the wake of recent Wall Street scandals and the growing perception of corruption within the financial industry, the federal government is taking dead aim at insider trading. Within the last few years, we have seen the enactment of the Dodd-Frank Act and a series of highly publicized insider trading prosecutions, including the one resulting in an unprecedented 11-year prison sentence against billionaire hedge fund operator, Raj Rajaratnam. Concurrent with the federal government’s recent initiatives to ramp-up investigations, the sentencing penalties for insider trading are about to get tougher.

Insider trading involves the buying or selling of equities or investments based on nonpublic information. If the amendments are approved, offense levels for “sophisticated” insider trading will increase by two levels. The factors for determining “sophisticated” insider trading include: the number and dollar value of transactions; the number of securities involved; the duration of the offense; the use of fictitious entities, corporate shells or off-shore accounts to hide the offense; and whether internal monitoring, compliance and/or auditing programs were subverted. Also, if the defendant was an officer or director of a public company, affiliated with a brokerage firm, or an investment adviser, the offense level is increased another four levels. Given the wide scope of the potential applicability of these sentencing enhancements, dramatically stiffer prison sentences and fines for most insider trading crimes will likely result.

Because of the inherent nature of insider trading offenses, cooperating witnesses are critical to prosecutions. When facing the possibility of larger sentences and fines, target individuals will have more incentive (or pressure) to cooperate in the prosecution of others. If the insider trading guideline amendments are approved, the U.S. Department of Justice will certainly have more leverage moving forward.