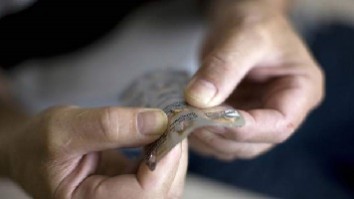 Today is clearly not a good day at Purdue Pharma, which is being pilloried in the press and in the blogosphere after pleading to charges of “misleading] regulators, doctors and patients about oxycontin’s risk of addiction and its potential to be abused.”

As a PR issue, it’s a mess. On the other hand, the $600 million fine that Purdue will suck up (plus another $34.5 million that a couple execs will pay) doesn’t seem especially large given what was actually going on and given the comparable sanctions that would be imposed on a “pusher” of a non-FDA approved drug. Think about it:

* Purdue Pharma fraudulently marketed oxycontin for six years, according to the New York Times.
* During that time, again according to the Times, “OxyContin brought in $2.8 billion in revenue for Purdue Pharma, a closely held company based in Stamford, Conn. At one point, the drug accounted for 90 percent of the company’s sales.”
* The fraudulent conduct was egregious, including among other things allowing sales reps “to draw their own fake scientific charts that they then distributed to doctors,” according to Pharmalot.
* And this was going on against the backdrop of a criminal regime in which individuals like Virginia Pain Doctor William Hurwitz were being aggressively prosecuted and sentenced to lengthy prison terms for, you guessed it, prescribing too much Oxycontin and being willfully blind to the addictive consequences.
* Moreover, this was going on while “pushers” of street drugs were getting slapped with truly massive sentences. Like, say,55 years in prison for being a dealer of marijuana rather than oxycontin.

All of which is not to suggest that the sanction against Purdue Pharma was inappropriate or should have been harsher. Perhaps, in fact, it’s entirely appropriate because really, as Jacob Sullum points out, “Purdue Pharma is essentially being held responsible for the behavior of patients and black-market OxyContin buyers.” In other words, Purdue Pharma didn’t twist anybody’s arm to make them snort oxycontin. It didn’t force anybody to do anything. It just marketed a product in a way that was not entirely candid and facilitated a predictable binge of addictive behavior.

That’s what all pushers do. They push.

The interesting thing is that some pushers get to write a check when they’re caught. $600 million later, they’re out on the golf course, sipping a martini.

Meanwhile, other pushers are torn out of society altogether, their homes, vehicles, and businesses are ransacked by SWAT teams, they’re thrown in prison for decades, their children are taken away from them by the court, all of their assets are forfeited through civil proceedings, they are barred from receiving financial aid, barred from government housing, barred from serving on juries, barred from voting.

When you think of it that way, $600 million is a hell of a bargain.