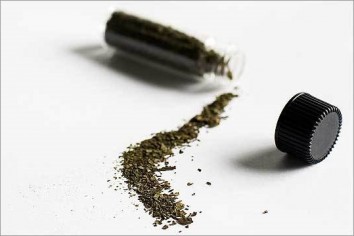 The hallucinogen salvia divinorum will become illegal in Illinois starting tomorrow, as that state joins a handful of others that have criminalized this drug. The author of the bill that outlawed the drug, Sen. Dennis Reboletti, is quoted as saying “We decided to move forward rather than waiting for someone to be killed because of it.”

As I’ve written previously, the criminalization of salvia (as opposed to reasonable civil regulation) is a mistake.  It’s a mistake because, notwithstanding Sen. Reboletti’s rhetoric, there is virtually no evidence that anyone is harmed by the use of salvia. It’s also a mistake because the use of the criminal justice system to deal with drugs imposes very significant collateral costs on our society, costs that dwarf whatever harms may in fact be caused by the use of a minor drug like salvia. Innocent people do in fact get killed by police officers conducting drug raids, as well as by criminal drug dealers trying to avoid those police, as well as by tainted and cut recreational drugs that produce accidental overdoses. No matter how dangerous one might think a particular drug is, the use of the criminal justice system as a way of regulating it only makes it more dangerous and more difficult to control.