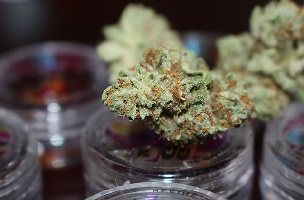 YouTube video that shows how drug policy reformers can ensure that they lose the public debate. It’s a BBC interview with David Blunkett, the former British home secretary who moved marijuana from Class B to Class C in England, making it a less “serious” drug for purposes of criminal prosecution, and Rabbi Aryeh Sufrin of the organization Drugsline, which advocates for the “reclassification” of marijuana back to Class B.

Blunkett is Stuck in the Prohibitionist Frame. Blunkett says nothing to challenge the framing notion that increasing criminal sanctions on drug use will be a net positive for society. The statistics he cites take for granted that it’s not good to use marijuana. If that’s the case, however, he needs to explain why the use of harsh criminal sanctions causes morefar damage than such marijuana use. He needs to be hammering that single, simple point over and over again. But we never hear that, and everything Blunkett says therefore plays directly in to Sufrin’s argument that sanctions should be increased.

Blunkett is Lost in Minutia. Blunkett rambles. Sufrin makes statements that are very simple. In fact, they’re simplistic. Sufrin completely ignores the broader costs that law enforcement imposes on society. He sticks to making claims that even a 10-year-old could follow: “If one has traffickers and pushers, you’ve got to have a supplier.” In a televised argument, simple wins over pedantic. It hardly matters what the merits of the argument might be.

When reform advocates argue in this way, they lose. They aren’t convincing. That’s a shame, because the reform argument can make far more sense and be far more inspiring than the claims of those who advocate for still more use of prisons and police to control behavior around drug use.