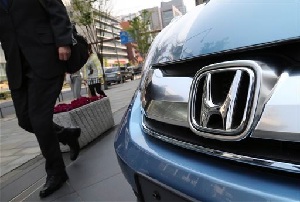 The Fifth Circuit issued an unpublished opinion Friday in a case called U.S. v. Olvera (No. 04-11499).  It’s a relatively unremarkable  case about drug evidence uncovered after a search pursuant to the  automobile exception.  The one thing that’s intriguing about it is the justification given by the agent who stopped the car: “[The suspect] left one of the Elizondo houses and went to the Days Inn, where agents saw him get into one of three Honda Accords, a type of car commonly used by drug dealers” (emphasis added).

Are Honda Accords really that suspicious? My grandpa drove a Honda Accord, and I don’t think he was a drug dealer. (In fairness, there were several other details that led the court to conclude that the search of the car was based on probable cause.)