Alcohol prohibition was repealed in America in 1933, during tough economic times. Today, with our economy in shambles yet again, the discussion around drug policy reform seems to be gaining traction. Michael A. Lerner is the author of the terrific book Dry Manhattan: Prohibition in New York City. I asked him a couple questions intended to put the contemporary debate in some historical — and economic — context.

DLB: In Dry Manhattan, you write about the stock market crash of 1929 and say “if social conditions had already given New Yorkers sufficient reasons to call for reform, economic conditions now made the case for repeal even more compelling.” Was an economic argument about repeal made explicitly by advocates, or was it just a factor in the background of the debate?

Lerner: There were many repe 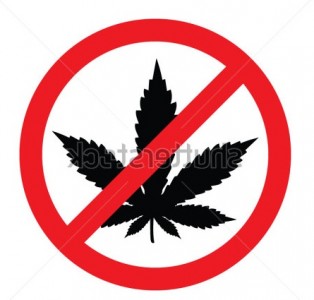 al advocates who made the case explicitly after the 1929 crash that legalizing alcohol, and beer especially, would provide an important boost to the economy. The AFL argued that a return to beer production would yield 2 million jobs. The brewer August Busch (Anheuser-Busch) estimated repeal would generate $400 million in federal tax revenue. In addition, the economic crisis had many Americans questioning whether the cost of Prohibition enforcement, which was about $50 million a year, and the costs associated with Prohibition-related crime, which were hard to estimate but huge, were worth the expense in the midst of such hard times. So I would say economic concerns became a very central part of the debate over Prohibition in its final years.

It should be noted though that none of these rosy predictions panned out quite as people like Busch predicted. Yes, repeal did create jobs and revenue, but never on the scale that had been predicted. There were plenty who argued repeal would end the Depression entirely! That, of course, was not the case.

DLB: As you know, a California lawmaker has proposed legalizing and taxing marijuana to generate tax revenue to deal with California’s severe revenue shortage. Does the example of the campaign for repeal suggest anything about whether the economic argument is likely to be successful in that context?

The best way to put it might be to say the economic argument for repeal helped grow the repeal coalition into one strong enough to end Prohibition, but not everyone was in the coalition for the same reason– some thought it was good for the economy, some thought it would diminish crime, some thought it would better for public health, some were for repeal for  strictly ideological reasons.
I’ve seen the recent polls that suggest that support for marijuana legalization is reaching new peaks. I’d bet the economic situation has something to do with this, but I’d imagine there are other factors involved as well. It think the medical marijuana issue has been pushing the levels of acceptance upward. Many people are concerned about the new levels of violence in Mexico. Some of this is also simply a matter of demographic shifts and changing social attitudes. It may be in the end that this economic crisis yields big changes in marijuana laws, but I don’t think it would be right to attribute this to the economy alone without noting the gradual shifts over the last decade and the relevance of other issues.

DLB: Alcohol prohibition and the contemporary “war on drugs” both have/had a very overt moral component, and yet pressure for policy change seems to have come about in each case in part because of fiscal concerns. Do you have any thoughts about why the economic argument seems to resonate with people, when arguments strictly about the merits of the policy are sometimes less convincing?

Lerner: I’ve always found it interesting that when economic times are good, Americans can get much more fixated on moral causes, but that when economic times are bad, attention rapidly shifts away from moral reform and back to “bread and butter” issues. So it is no surprise to me that now we’re seeing new calls for marijuana legalization based on economic arguments. For the time being, those arguments are going to resonate strongly with people who are worried about their jobs and homes and taxes. What taxpayer wants to see teachers laid off when you see there is a revenue source that is going untapped?

Still, I don’t think you can ever really completely separate out the moral and fiscal issues in policy decisions. A lot of this has to do with how you communicate issues to the public and to the voter. For the public in general, moral arguments  seem to be easier to grasp than economic arguments, but in times like these, the economic argument gets a closer look. In the case of repeal in the 1930s, the argument for repeal always had merits, but it took years for the right messengers to make it an acceptable issue for many Americans to embrace.
I think that would be the biggest challenge for legalization advocates today– you not only have to make your economic argument, but you have to use the economic argument to help make the legalization issue acceptable to people who were wary of it before.