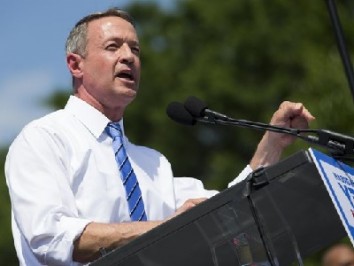 America’s death penalty has been slowly dying. Thirty-one states still have the ultimate punishment on the law books and even five of those states have a governor imposed moratorium on execution.

Maryland added itself to the list of states abolishing the death penalty several years ago.

When O’Malley spoke out about the death penalty facing the only four inmates sentenced to die in Maryland, he said:

“In a representational government, state killings make every citizen a party to legalized murder as punishment.”

In 2012, after a good deal of debate in the Maryland General Assembly, legislators started serious talk about abolishing the death penalty. They chose to replace execution with life without the possibility of parole. The legislation was not challenged.

O’Malley met, or spoken with, many of the survivors of the murder victims.

“They are good, decent people who have generously allowed me the courtesy of discussing their cases,” O’Malley said. “I am deeply grateful and appreciate their willingness to speak with me.”

The question facing Maryland’s citizens is if any public good is served by eliminating the death penalty as an option for the four on death row. O’Malley said that in his judgement, leaving the death sentences in place doesn’t serve the public good, now or in the future.

O’Malley ended his 2014 statement with:

“It is my desire that these commutations may bring about a degree of closure for all of the survivors and their families.”