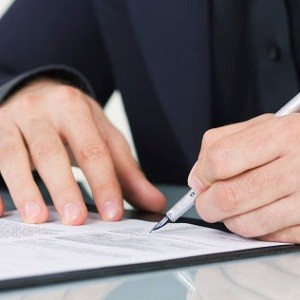 Last Wednesday, the Government, through Deputy Assistant Attorney General Kenneth A. Blanco, filed a brief Motion to Dismiss Third Superseding Indictment with Prejudice seeking to dismiss its indictment against Miami, Florida, attorney Benedict P. Kuehne, and also Colombian attorney Oscar Saldarriaga Ochoa, in the criminal action of U.S. v. Velez, 1:05-cr-20770-MGC, in the U.S. District Court for the Southern District of Florida. The Government’s motion stated that it was based upon the “totality of the circumstances,” including the Eleventh Circuit Court of Appeals’ affirmance of the District Court’s dismissal of the Government’s charge of conspiracy to launder money against Mr. Kuehne. The Government stated that it believe that dismissal was in the interest of justice. On the same day, U.S. District Judge Marcia Cooke entered an order dismissing the Third Superseding Indictment.

The dismissal marked the end of a long ordeal for Kuehne, who was indicted over two years ago for alleged money laundering conspiracy, money laundering concealment conspiracy, concealment money laundering and wire fraud conspiracy. According to the Government’s indictment, Fabio Ochoa Vasquez was one of the leaders of the Medellin Cartel, one of the largest cocaine trafficking and money laundering organizations in the world. In 2001, Ochoa was extradited from Colombia to the U.S. to face charges of conspiring to smuggle approximately 30 tons of powder cocaine into the U.S. per month between 1997 and 1999. Ochoa hired distinguished attorney Roy Black, of the Miami law firm of Black, Srebnick, Kornspan & Stumpf, P.A., and other attorneys to represent him, and the defense in turn retained Mr. Kuehne, of the Law Offices of Benedict P. Kuehne, P.A., to investigate the funds which Ochoa would use to pay his legal team. Kuehne drafted various opinion letters for the offense. The Government alleged that Kuehne was paid for his investigation and opinions by various wire transfers with monies which were the proceeds of specified unlawful activity—the distribution and sale of illegal drugs, including monies from the Colombian “Black Market Peso Exchange” and drug proceeds supplied by undercover U.S. agents.

Kuehne, through his attorney, Jane Moscowitz of Moscowitz & Moscowitz, P.A., filed a motion to dismiss the indictment in July, which may be viewed here, relying on the fact that one of the federal money laundering statutes, 18 U.S.C. § 1957, contains an express exemption for “any transaction necessary to preserve a person’s right to representation as guaranteed by the sixth amendment to the Constitution.” 18 U.S.C. § 1957(f)(1).The motion began with a quote from Banking Crimes: Fraud Money Laundering and Embezzlement, by John K. Villa: “There is an inestimable difference… between expecting a defendant to be able to find an attorney willing to risk his fee, and expecting him to find an attorney willing to risk his personal liberty.” Kuehne argued that Congress enacted the exemption in § 1957(f)(1) out of a concern that the threat of prosecution of criminal defense attorneys for accepting fees would have a “chilling effect” on attorneys’ willingness to accept clients, and therefore impose an unacceptable burden on the exercise of the Sixth Amendment right to counsel. The defense argued that the monies paid fell squarely within § 1957(f)(1)’s exemption and that Count One of the indictment should be dismissed. The District Court agreed and dismissed Count One, and the Eleventh Circuit affirmed in United States v. Velez, No. 09-10199, 2009 WL 3416116 (11th Cir., October 26, 2009).

As reported by the Miami Herald, Kuehne addressed reporters on the steps of the courthouse, stating that he always believed “things would turn out well in the end.” Prior to the allegations against him, he had been a prominent member of the legal community, serving on the Florida Bar board of governors, as a past president of the Dade County Bar Association and as a member of Vice President Al Gore’s legal team in the 2000 Florida presidential election dispute. Kuehne expressed his appreciation to the Department of Justice for the dismissal of the matter. Cynthia Hujar Orr, President of the National Association of Criminal Defense Lawyers, which filed amicus briefs in Kuehne’s case, called the Government’s prosecution of Kuehne “disgraceful.”