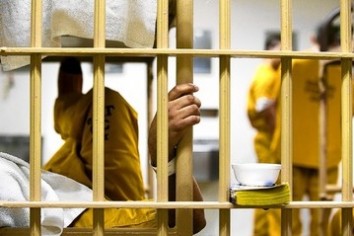 Note: I first wrote this post back in March when James Q. Wilson published an op- in several major American newspapers defending America’s intense use of prisons. I decided not to publish it at the time, but today I see that Wilson is guest blogging at the Volokh Conspiracy and making the same argument all over again. In fact, he’s polished it up a little bit for the VC’s libertarian audience by framing the issue as a question of “elite” versus “majority” preference.  I think this argument is ludicrous, and so I’m going to go ahead and publish what I wrote several months back. This post also responds, coincidentally, to an argument that a made in the last day or two on a much older post that deals with the many of the same issues.

*****
You can’t do a cost-benefit analysis if you consider only costs and not .

That’s the basic premise of a this weekend’s Los Angeles Times op- piece by James Q. Wilson, which is essentially an apology for America’s problem with on the grounds that we just don’t realize how beneficial prisons are to our society. It’s a piece that is profoundly flawed, in my opinion, by the assumptions it makes about how the criminal justice system “benefits” America. (I quote the entire column on the jump.)

Wilson is known, in crime policy circles, for having developed what’s called the “broken windows” theory of policing. That’s the idea that by focusing our resources on aggressive attention to minor crime — such as graffiti, turnstile hopping and the harassment of motorists by “squeegee men” — we can reduce the incidence of more serious crime as well. It’s a theory that has contributed somewhat to America’s dramatic incarceration growth and to the development of a ubiquitous police presence in some neighborhoods.

One might suppose that a writer who has contributed to America’s evolution into the world’s leading incarcerator might have second thoughts about his advocacy of such policies. Not so.

Wilson’s LA Times piece takes as a point of departure the recent report from the Pew Center: the one noting that one percent of our entire nation is now incarcerated, that no other country in the world uses prison as much as the United States, and that, among minority groups, the percentages of the population we incarcerate are even higher.

Wilson’s response is to argue that the Pew center’s analysis is flawed because it only looks at the costs of incarcerating so many people and overlooks “what the United States gets in return for its high rate of incarceration.” Namely, he says, that our crime rate is lower than some other countries. He also dismisses the concern that prison spending is on pace to outstrip spending on higher education because the people who raise this issue fail to consider “whether society gets as much from universities as it does from prisons.”

While this analysis isn’t quite as fatuous as that of Ramesh Ponnuru — who responded to the Pew Center report by writing “I’m glad. Aren’t you?” — it’s ultimately more worrisome because, unlike Ponnuru, Wilson is making a sincere argument. He’s not simply snorting with derision: he’s attempting to muster a principled defense of America’s shambling correctional juggernaut and its dramatic racial disparities.

Now, it’s true that  the American crime rate was falling for some time. (Certain types of crime, such as violent crime, actually went up in 2005-2006, according to Department of Justice, but the overall trend is clearly downward.)  To tough-on-crime pundits the only possible explanation for this phenomenon must be that our incarceration rate has been skyrocketing in an almost parabolic arc for the last three decades (see the graph above).  Wilson supports that claim by a comparison of American and British burglary and assault rates, and says that the rate is “twice as high” in the U.K.

I don’t doubt that America’s intense focus on incarceration has impacted the crime rate, if only because warehousing more than 2 million people in correctional facilities on an ongoing basis takes those people off the street and turns them into the equivalent of children who need to be fed, clothed and housed 24 hours a day at taxpayer expense. But if the claim is that America is safer than other industrialized nations because we incarcerate a far higher percentage of our population, I simply don’t think Wilson’s cherry picked of robbery statistics can be a basis for such a sweeping conclusion.

Moreover, if the idea is that the use of prisons is what creates a safe society, then one would assume that other intense would see similar results.

But who are the United States’ peers, when it comes to incarceration?

The answer: They’re countries like Russia, Cuba, the Ukraine and Singapore, Botswana, South Africa and Taiwan, according to an analysis prepared in 2006 (pdf) by the National Council on Crime and Delinquency. These are the nations that incarcerate almost as high a percentage of their population as the United States does.

(Above: An international comparison of incarceration rates, as prepared by the National Council on Crime and Delinquency in 2006. The United States out-incarcerates every other country in the world, including Russia, South Africa, Cuba and Taiwan. Click to enlarge.)

Are these our models for well run, safe, healthy societies? Russia, Cuba, the Ukraine and Singapore?

What about Wilson’s claim that we should ask ourselves “whether society gets as much from universities as it does from prisons”?

Frankly, it’s hard to know what Wilson to in this regard.  Can he seriously be suggesting that it’s more beneficial, overall, to lock people up behind razor wire than it is to educate them?  Or is he perhaps suggesting that the net economic benefits of building prisons compensate for massive costs to American taxpayers of our decades-long prison construction spree, and that California will ultimately reap the benefits of having to spend $8 billion dollars on new prison construction because our prisons are so overwhelmingly overcrowded? Or that incarcerating 1 out of every 9 black men between the ages of 20 and 34 is somehow a net plus for society, despite the way this use of incarceration tears apart families and communities?

But here’s the thing: even if we assume that some of the “benefits” that Wilson describes are an accurate picture of reality, a criminal justice system that produces extremely gross racial disparities, ubiquitous policing, and the warehousing of tens of thousands of nonviolent criminals is a policy that no civilized person should be defending.

Those policies, too, had “benefits,” at least from the point of view of white, middle class majorities. But no matter how one might have crunched the numbers to illustrate those benefits, the bottom line is that they were morally bankrupt systems. They were systems that embodied majority tyranny and political expedience, illustrating the most pernicious tendencies of democratic societies to scapegoat and demonize powerless populations.

Is the American criminal justice system really comparable to those historical embarrassments?

Yes. Unfortunately, in certain ways it is.

Wilson mentioned the Pew Center study, but he did not note a study that was released just a few months earlier by the Justice Policy Institute: The Vortex: The Concentrated Racial Impact of Drug Imprisonment and the Characteristics of Punitive Counties.

That report depicted, in extremely stark terms, just how racially skewed aspects of the American criminal justice system have become. In county after county, the study authors noted, blacks are being incarcerated at rates dozens of times higher than their white counterparts, despite comparable levels of drug use. In some counties, black are put in prison at more than 100 times the rate of their white counterparts.

(Above: Black versus white drug incarceration in San Francisco County, as reported by the Justice Policy Institute.)

What these numbers speak to is a point that was made years ago by the Norwegian criminologist Nils Christie: that “crime” is not simply a set of actions but is, rather, a societal discourse around behavior. Some forms of “crime” — like rape, robbery, and murder — have been with us since the dawn of time, and they truly are harmful to people. But a great deal of the “crime” that one will see prosecuted on a day to day basis (at least in California) has very little to do with real harms.

Instead, a significant percentage of the “crime” that is prosecuted in most California courts is the product of a tangled web of statutory prohibitions that punish behavior that has not actually harmed anyone: crimes around a vast range of drug offenses, crimes around prostitution, sentencing enhancements that punish individuals for the fact that they were punished previously, sentences for failing to comply with bureaucratic requirements to register with some agency or other, sentences for failing to pee in a cup, sentences for “aiding and abetting” somebody else in some extremely attenuated fashion. And on and on.

These are the “crimes” that have turned the California Penal Code and Health and Safety Code into a formidable brick of densely printed text, with thousand and thousands of provisions for putting people into prisons. And the legislative creation of these “crimes” has gone hand in hand, as I’ve noted previously, with other policy choices that have turned prisons into warehouses for men of color, changes like:

In short, the “crime” that Wilson suggests we are combating through our prison population explosion is to a significant degree a phenomenon that we legislated into existence. It isn’t simply that this nation suddenly saw an explosion of rape, robbery and murder in the mid 1970s. It isn’t that Americans somehow became dramatically more violent than the rest of the world, so that we were forced to lock up one percent of our population in response. It’s that we changed the laws. We created new “crimes” that had never existed before. We then created extremely harsh methods for dealing with those crimes, as well as for dealing with all the old common law crimes.

Wilson, as a writer who made a mark on public policy exactly by pushing for more intense and ubiquitous methods of policing, surely understands this. He surely realizes that we make choices about what we will consider criminal.

But what doesn’t seem to concern Wilson is who is deemed criminal. For him, the outcome of our policies is just the outcome. Apparently we needn’t trouble ourselves if prisons look like modern day plantations  and if criminal courts are crowded almost exclusively with the brown, the black and the broke, because the “benefits” to society are so overwhelming.

Indeed, Wilson writes, “there are still people who ought to be in prison and are not.” In his version of the future, then, perhaps we’ll do an even more comprehensive job of rounding up everyone who is “criminal” in nature. Maybe we’ll get to 2% total incarceration, and experience even more “benefits” than we do already.

That’s one way of looking at things.

Another way, though, would be to acknowledge that our policy is broken, and that no cost-benefit analysis can justify what is happening.

That’s all I’m say, but here’s a re-post of a video that Mike Gray put out, which deals far more eloquently than I can with the moral issue that is at stake when we talk about the American correctional system and my particular concern, the war on drugs.