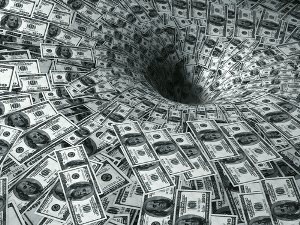 According to the criminal information, available here, from about 2005 through November 2009, Rothstein, and other “known and unknown” unnamed co-conspirators, allegedly unlawfully obtained approximately $1.2 billion from investors through a Ponzi scheme (outdoing even Dreier’s scheme). The Government alleges that Rothstein used false statements, documents and computer records to induce investors to loan money to alleged borrowers based upon fraudulent and fictitious promissory notes and bridge loans. Rothstein allegedly falsely informed investors that his law firm, Rothstein, Rosenfeldt and Adler, P.A.’s, clients requested short-term financing for undisclosed business deals and that the clients were willing to pay high rates of return for loans negotiated by Rothstein.

To effect the fraud, Rothstein allegedly established numerous trust accounts in Rothstein, Rosenfeldt and Adler, P.A.’s name; falsified statements from financial institutions and manufactured online banking information allegedly showing investors’ monies; created false and fictitious settlement agreements and other documents. Among the alleged false and fictitious documents was a court order in a case, purportedly signed by a Federal District Judge, which falsely alleged that Rothstein, Rosenfeldt and Adler, P.A.’s clients had prevailed in a lawsuit and were owed $23 million, when in fact the firm had settled the case without the clients’ knowledge and had obligated them to pay $500,000 to the defendant.

The information also alleges that Rothstein allegedly falsely told clients that, in order to recover funds, they had to post bonds to be held in Rothstein, Rosenfeldt and Adler, P.A.’s trust account. Over several years, clients wired approximately $57 million to a trust account controlled by Rothstein. Rothstein allegedly created another false Federal court order to conceal the scheme, providing that the funds were to be returned to the clients by a later date.

Rothstein used the funds acquired through the alleged scheme to fund the operations of Rothstein, Rosenfeldt and Adler, P.A., and to expand the firm. The firm grew to employ approximately 70 attorneys. Rothstein is alleged to have laundered the funds from the scheme through corporations, contributions and large bonuses and gifts to employees. The information alleges that Rothstein used the funds to make contributions to Federal, State and local political candidates in a manner designed to conceal the source of the funds and to circumvent Federal and State limits on campaign contributions; for charitable donations; to purchase controlling interests in restaurants in South Florida; and to hire members of local law enforcement to provide security for Rothstein, Rosenfeldt and Adler, P.A., and for Rothstein personally.

The enormous wealth amassed by Rothstein through the alleged scheme is apparent in the Governement’s forfeiture allegations, which seek forfeiture not only of a sum of $1.2 billion, but also of 24 properties in Fort Lauderdale, Lauderdale by the Sea, Boca Raton, Hollywood and Plantation, Florida; New York City and Narragansett, Rhode Island, including Rothstein’s 10% ownership in the Miami Beach mansion of late fashion mogul Gianni Versace, “Casa Casuarina.” Forfeiture is also sought of numerous business interests, bank accounts and jewelry, as well as 24 vessels and vehicles purchased by Rothstein, including a 55 foot yacht.

The Government also lists millions in political and charitable contributions by Rothstein which it seeks forfeiture of, including contributions to the Republican Party of Florida; Florida Governor Charlie Crist; Democratic Chief Financial Officer Alex Sink, who is running for governor; and two hospitals.

As reported in the Miami Herald here, and here, Rothstein started Rothstein, Rosenfeldt and Adler, P.A., in 2002 as an obscure attorney practicing employment law. Over the next six years, his net worth grew from about $160,000 to tens of millions. Rothstein used flashy wealth and connections in the Broward County social and business communities to lure wealthy persons to invest in his schemes. He befriended the rich and famous, including NFL Hall of Famer Dan Marino

George G. Levin, a wealthy Fort Lauderdale resident and hedge fund manager, gave $656 million to Rothstein to invest in settlements purportedly worth $1.1 billion. Levin helped Rothstein market investments in employment and sexual harassment lawsuits to investors, although he is not alleged to have been complicit in Rothstein’s crimes. Another of Rothstein’s clients, car-dealership mogul Ed Morse, claims that Rothstein defrauded him of $57 million, arising from the settlement of a contract dispute with an interior decorator.

Rothstein would allegedly give large bonuses to employees of Rothstein, Rosenfeldt and Adler, P.A. on the condition that they make campaign contributions to political candidates who Rothstein would specify. The Government has stated that the recipients of the political contributions have returned the contributions. The Florida Democratic Party has returned $200,000 and the Florida Republican Party has given back $150,000. After Crist won the Governor’s race in 2006, he appointed Rothstein to a panel which nominates Broward County judicial candidates. The Florida Democratic Party has called for an investigation of Crist. Rothstein also allegedly paid gratuities to local law enforcement officers to avoid scrutiny.

Rothstein’s scheme began to unravel over Halloween weekend, when investors began calling the firm for overdue payments and discovered the fraud. Rothstein fled to Morocco in October, taking $400,000 to $500,000 in cash with him and wiring $16 million to Casablanca. Rothstein reportedly sent e-mails to members of his firm that he was contemplating suicide, but he returned to the U.S. on a private jet in early November. He met with Federal authorities and provided details regarding his Ponzi scheme. FBI and IRS agents raided Rothstein, Rosenfeldt and Adler, P.A.’s law offices, and seized Rothstein’s real and personal property. Rothstein agreed to waive indictment, an indication that he is cooperating with the Government, although Rothstein’s counsel has denied that he has any deal with the Government.

The Government’s information does not name Rothstein’s alleged co-conspirators, however news reports suggest members of Rothstein’s inner circle at the law firm, and officers at Toronto Dominion Bank, where the investor trust accounts were held.

Rothstein’s alleged Ponzi scheme has been called the largest in the history of South Florida by Federal officials. The Florida Bar has disbarred Rothstein for stealing from the firm’s trust account. Rothstein, Levin and TD Bank are also being sued by a group of investors for more than $100 million.

Rothstein appeared in court on Tuesday in casual attire with a confident demeanor and pled not guilty to the information. U.S. Magistrate Judge Robin Rosenbaum ordered Rothstein jailed pending trial based on Rothstein’s flight to Morocco. Rothstein is represented by attorney Marc Nurik, oddly of Rothstein, Rosenfeldt and Adler, P.A. He faces up to 100 imprisonment if convicted.