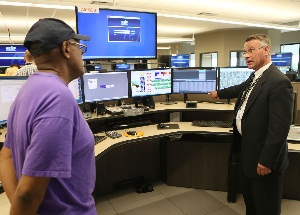 I spoke to Louis Turchirelli, who was the lawyer on Pitts v. State, which I wrote a post on recently.  I asked him if he was going to take the case up on appeal to the U.S. Supreme Court.  He advised me that there was a similar case pending already.  I went to the Supreme Court website and found two cases pending.  Davis v. Washington which has been docketed as case number 05-5224.

Hammon v. Indiana, docketed as 05-5705 will be argued in tandem with Davis v. Washington.  Davis deals specifically with 911 calls and whether they are “testimonial.”  Hammon deals with a statement made to an officer at the scene of a crime.  The Hammon case appears so plainly to be “testimonial” that I am having a hard time why the Supreme Court would waste its time on that case.  Frankly, its a little concerning that they granted cert at all.

The cases are scheduled to be argued on March 20, 2006, so we may soon see whether Pitts will remain the law in Georgia.  I’ll let you know when the opinion comes out.