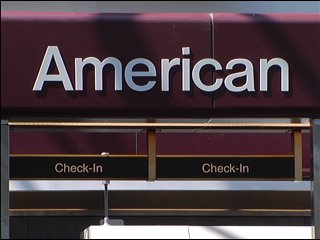 Andy,
I am not sure if this is something that would a story of interest or not–but it definitely needs an investigation.
I returned a week ago from a trip to NYC with 3 other travellers–not from Nashville. We all flew AA out of LaGuardia home and used a credit card (as required by AA) to pay for baggage. All of us checked in at curb at LaGuardia and paid there. Three of the four of us had our credit card numbers stolen within days of the travel. I used mine for other purchases–so at first I was not so suspicious, until 2 of the other travellers (who had paid cash during the trip and not used their cards at all) were also hacked. I then returned to Nashville and had an odd coincidence occur. I was buying clothes this past weekend at Green Hills and was waiting for my husband to come and pay for my purchases (since I had to cancel my card) and was telling the salesperson why I was waiting on him to pay. Before I could even get the story out, she interrupted and said did you pay outside of LaGuardia and fly AA–I said yes. She told me the same thing had happen a few days before with her and her room mate at LaGuardia at the AA baggage check in!
I have tried to contact American Airlines many times. It is nearly impossible to reach a human. I even googled how to get a human–and reached a person who took my info with no response. I emailed them only to get a rude denial response.
It is a very short flight to NY from Nashville and I would hate for any other Nashvillians to have to deal with what we have been dealing with the past week or so.
Is there any way you could look into this further or let me know who I could possibly contact? Mainly–I wish there was a way to get AA to listen and open an investigation. I know there are others out there and what a great scam?? You HAVE to use a credit card and those could easily be scanned with checking in outside at the curb (Inside I believe that they have security measures in place–but curbside–I am doubtful)
Thank you,
Mellissa