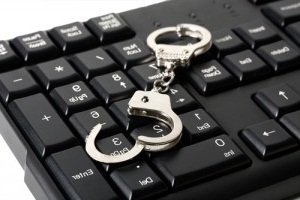 Wire fraud is the act of fraud used in electronic communication. That’s simple. Easy to understand.

The American Supreme Court mucked things up — for the laymen — when they “several times observed the wire fraud statute has a long arm.,” Pasquantino v. United States.

Despite the Court’s statement, the truth is the wire fraud statute has been used in a broad range of activities in addition to having been applied in linking to other criminal statutes.

Wire crime-fraud is a crime for a person who has devised or intends to design a scheme to:

William “Willie D” Dennis, was sentenced to a year and a day on wire fraud charges.

According to the press release from the U.S. Attorney, Dennis was selling iPhones — and other electronics on eBay to overseas customers. When the money was sent to Dennis’ bank account through electronic transfers, Dennis would then provide the customer with a fake shipment tracking number and wouldn’t ship the phone.

Dennis, who gained fame as part of the Geto Boys recently spoke to a Houston TV station and tried to explain the issue.

“Someone did me wrong; someone stole my phone, so I did the same to someone else. I got the cash and didn’t send the orders. I felt vindicated in doing it at the time. Of course, I realize now I was wrong.”

Three Guys and a Hotel in Boston

A federal grand jury indicted three men Thursday on charges they attempted to hide a mob associate’s ownership in land near Boston where Wynn Resorts has planned to build a $1.5 billion casino.

So what got Charles Lightbody, Dustin DeNunzio and Anthony Gattineri in trouble? Prosecutors claim the three lied and forged documents to hide the fact that Lightbody, a well-known Mafia associate, was part owner of the undeveloped property in Everette — just north of Boston.

Arrested and charged with wire fraud, they were looking at up to 20 years in prison according to the Carmen Ortiz, U.S. Attorney. When it was over, all three were acquitted.

When Teresa Giudice reported for her 15-month prison sentence, being a “Real Housewife” didn’t mean much.

Often a stigma is attached to prison terms by celebrities for committing white-collar crimes. Many people believe a celebrity spends their incarceration in “Club Fed.”

For Giudice, sentenced for her part in mail and wire fraud crimes, the general population made up her bunkmates. No tennis courts and golf courses for her.

Not only was Giudice stripped of her furs and jewelry, but she also gave up her $650,000 seasonal paycheck on the show. She was paid the whopping total of 40-cents an hour for working at various jobs while behind bars.

Teresa and her husband Joe pleaded guilty to bankruptcy fraud and conspiracy to commit wire fraud.  The pair hid assets and income when they filed for bankruptcy in 2009. They didn’t stop there. They also created fake W2s and tax returns so they could get millions in mortgages and constructions financing.

Teresa was released after serving 11-months in prison. Now, Joe is chipping away at his 41-month sentence.He faces deportation when he’s released.