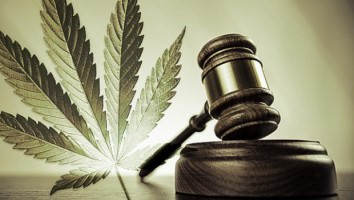 President Obama has recently signed a legislation prohibiting any federal interference with state medical marijuana laws. As per this law, the federal government is barred from spending money to prevent California and 21 other states from implementing laws that authorize the use, distribution, possession or cultivation of medical marijuana.
However, a federal judge in Sacramento argues that pot is still a dangerous drug and does not have any medical value.

As per the argument presented by Assistant US attorney Gregory Broderick, there is sufficient evidence to support the conclusion that marijuana is a psychoactive and addictive drug that is not safe for medical use at this time, even if used under medical supervision.

However, marijuana growers continue to argue that there is no credible evidence that shows the potential hazards of marijuana and that the opposition being shown by the US attorney’s office is not in line with the law signed by President Obama on December 16th.

According to them, it makes no sense that at one end the distribution of medical marijuana is being protected from federal government interference while at the other end, it is being claimed that marijuana has no medical benefits. In a recent hearing, drug defense lawyers had presented expert declarations that showed new scientific and medical information that challenged the classification of marijuana as a Schedule One substance.

Doctors and researchers were also present at the hearing who asserted the safety and the medical benefits of marijuana. However, the administration also presented an expert who said pot is addictive and dangerous.

The administration believes that testimony from a single expert is sufficient to show the rational basis for classifying marijuana as a Schedule One substance. Broderick, the government’s lawyer also stated that mainstream physicians agree that marijuana is a dangerous drug and could potentially have serious side-effects. While some ingredients of marijuana may be have medical use but there are as such no adequate long-term studies that attest to its medical value or safety. According to Broderick, “there is no standard medical marijuana.”

The opposition argues that there are several studies but the government refused to accept them and has also refused to release federally approved marijuana suppliers to any independent researchers for further evaluation and analysis.