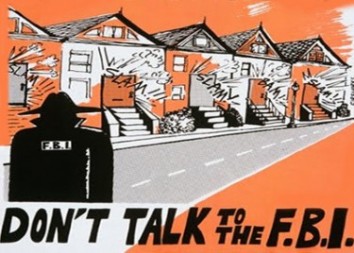 FBI agents have been visiting individuals in New York City last week to investigate the 2008 bombing of the Times Square military recruitment center. The bomb, which went off at around 3:30 in the morning did not result in any significant damage. There is no specific information related to height, weight, age, sex or race available about the possible suspects.

A recent report from the FBI suggests that the bomb that was used in the incident was fairly unsophisticated and was made out ammunition that is commonly used in Iraq and Afghanistan.

The recent surge in FBI’s investigation may be due to the open grand jury investigation that has imprisoned anarchist Jerry Koch. Despite being granted immunity for the Times Square bombing incident, Koch is still imprisoned at the Metropolitan Correctional Center. It appears that the authorities are trying to get information from him about other suspects.

The recent FBI visits suggest that the agency believes multiple people may be responsible for the bombing. The FBI is trying to encourage people to come forward with any information they may have and may in fact be lying to glean this information. It seems as if they are using a divide-and-conquer tactic to exploit the already fractured anarchist scene. By using the weak links within the community, the agency is trying to sever its spirit and resolve.

It is important for all individuals to know their rights and fight against these tactics of the state. It is obvious that the FBI does not have enough evidence to charge anyone because if they did, they would have already made an arrest. Anyone who is questioned by the FBI should know that they do not need to talk to them or let them in your home without a valid warrant.