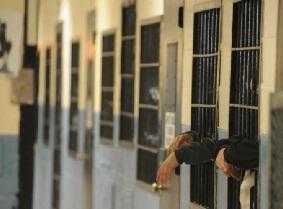 When you are arrested and convicted of a criminal offense, you face immediate penalties. The consequences could include fines, imprisonment, community service, probation, or a host of other penalties. Unfortunately, for many defendants, the immediate consequences of a conviction are not the end of the problems they face. Once you have a criminal record, you could be disqualified from doing certain jobs and it could be much harder to find employment. Depending upon what is on your record, you could also be deprived of a variety of important benefits, including access to student loans, or eligibility for food stamps and temporary assistance for needy families.

Defendants may believe they will be able to seal or expunge their records after they are convicted of a crime or after they plead guilty to a criminal offense- especially if the crime is a minor one. Unfortunately, this is not necessarily the case. In fact, the state of New York does not have any process by which records can be expunged- although records can sometimes be sealed. There is also no federal law allowing for expungement or permanent sealing of criminal records- which is a problem that many recognize needs to be resolved.

Unless and until changes are made to make it possible for defendants to escape the lasting consequences that a criminal record can have, it is especially imperative for those accused of a crime to aggressively fight conviction. A New York criminal defense lawyer can help defendants to try to get charges dismissed or to try to get a verdict of not guilty. An attorney may also be able to help you explore pre-trial diversion programs or plea deals that can allow you to escape a permanent criminal record that can affect eligibility for future benefits and employment.

The New York Times recently wrote about the problems associated with the inability of defendants to expunge or seal records when they are charged with federal offenses. The NY Times gave the example of a woman who had been sentenced to five years of probation for involvement in an insurance fraud scheme in which she made $2,500. The crime and the sentence of probation had occurred more than a decade earlier.

Now, a federal judge in Brooklyn took what has been described as an “extraordinary step.” The judge expunged the woman’s conviction. Taking this step was extraordinary because there is no federal law allowing the permanent sealing of a criminal record, and because no federal judge before has ever expunged a criminal record under similar circumstances.

The judge took this “extraordinary” step because there was “no justification for continuing to impose this disability [of having a criminal record] on her.” The criminal record was having a “dramatic adverse impact” on the woman’s ability to find a job and to support her children. The judge indicated he had intended to sentence the woman only to probation for her role as a minor participant in a non-violent crime- he had not intended to sentence her to a lifetime of unemployment.

While this was a positive step for this particular woman, there are many more individuals out there just like her who may not find a sympathetic judge who can help them to mitigate the effects of a criminal record. There are between 70 and 100 million people in the U.S. with a criminal record, which is more than ¼ of all adults. Tens of thousands of federal and state rules limit the rights of these individuals because of their records.

There are numerous suggestions for helping those with a criminal record who are deserving of a clean slate, ranging from establishing expungement laws on the federal level to allowing judges to issue certificates of rehabilitation to remove restrictions caused by criminal records. Unless and until something changes, however, those who have a criminal past will continue to face legal obstacles.

You may be able to avoid the far-reaching consequences of a criminal record by fighting charges strategically and aggressively when accused of wrongdoing. Contact a NY criminal defense lawyer today to find out what your options are when you have been charged.