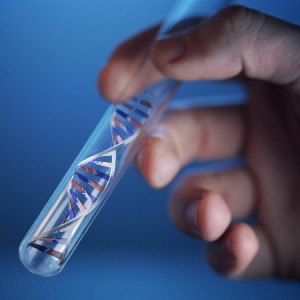 For many criminal defendants, DNA evidence is the key piece of prosecutorial evidence that results in conviction. A prosecutor has the burden of proving a case beyond a reasonable doubt, and if there are questions about whether you were the person who committed the crime, DNA evidence goes a long way towards showing you were the one at the scene.  The problem, however, is that DNA evidence may not be quite as accurate as a lot of people are led to believe.

If you are on trial, it is imperative you have an experienced criminal defense lawyer who can help you to challenge all evidence against you, including scientific evidence. Your attorney should be prepared to help you present the strongest case possible, which can include presenting your own expert witnesses who can undermine even hard physical evidence the prosecutor may present. A recent article in the Washington Post shows that evidence often considered reliable- like DNA evidence- may actually lead to wrongful convictions.  You deserve to be able to challenge this kind of evidence when your future is at stake.

According to the Washington Post, the FBI recently notified crime labs throughout the United States that errors had been discovered in data that forensic scientists used in thousands of cases. This data was used by the scientists to assess the likelihood that a crime scene matched a particular individual.

The errors made in the DNA match calculations date back as far as 1999.  The problem stems from population statistics data, which is built into software programs used not just in nine out of 10 U.S. forensic science labs, but which are also used overseas as well.

The FBI tried to downplay the mistakes and say that the errors weren’t likely to result in dramatic changes that would have an impact on cases.  However, defense attorneys and crime labs who received notification from the FBI are not convinced about whether the FBI is correct that the problems would not make a big difference in given cases.

One Wright State University statistics professor commented that: “The public puts so much faith in DNA testing that it makes it especially important to make those the best estimates possible.” People who are on juries see crime shows on television and read news stories in which DNA is treated as being solid factual evidence and, in turn, there is this perception that DNA evidence is infallible. When mistakes are made in how that evidence is presented to a jury by scientists, the jury may rely far more than it should on the accuracy of DNA testing when they make their decision about someone’s future.

Not only is it troubling that the FBI seems to be downplaying the mistakes in the population statistics, but it is even more concerning that the FBI had reason to know of this problem a long time ago.  The same Wright State statistics professor who expressed concerns to the Post also brought the problems with the FBI’s data to the bureau’s attention a full 15 years ago. Instead of responding to correct the errors and make sure that DNA evidence was actually as accurate as it was being presented as, the FBI downplayed the finings that the stats weren’t correct.

The errors may have a big impact, especially in situations where the DNA evidence found at the crime scene could match larger portions of the population. For example, in one case, there was a 1 in 180 chance that any individual could match the DNA sample found at the crime scene, which means that it is not unthinkable that an innocent person could have been considered a match.

The FBI’s recent notifications of the problems with DNA are just another reminder that no evidence is 100 percent accurate or beyond questioning. When you are charged with a crime, get help from an experienced criminal defense lawyer to try to raise doubts about any and all evidence being used against you.