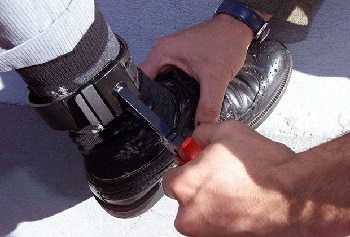 Monitors are a better alternative to incarceration in prison, but electronic monitoring can be very costly. It can also be ordered before a defendant is even convicted of something, as a condition of bail. Defendants are increasingly being asked to pay for the cost of electronic monitoring systems that they are required to use- which can have devastating financial effects. A New York City criminal defense lawyer can help defendants argue for release on bail without monitoring, and can provide representation to defendants accused of offenses where electronic monitoring is a possible penalty.

Even if you are not concerned with the potential cost of monitoring, having to wear a monitor can be invasive and a violation of your privacy. Your attorney will try to ensure you are monitored for the shortest time possible or that you are found not guilty so no monitoring is required at all. To learn more about options, contact Bukh Law Firm, PLLC for help dealing with criminal charges.

Defendants are Being Forced to Pay High Costs for Electronic Monitoring

International Business Times told one troubling story of a situation in which a defendant’s financial life was ruined because he was forced to pay for electronic monitoring when he had been released on bail. The defendant was charged with driving without a license after picking up his mothers car from a fast food location near his home after the vehicle had broken down.

The defendant collected only $900 per month in Social Security Disability income, but was still ordered to pay for the full costs associated with electronic monitoring (it was either that, or stay in jail). The total he was being asked to pay, around $300 per month, was a third of his take-home income. The consequences of being forced to pay this exorbitant cost “sent him [the defendant] into debt and nearly wrecked his life.”

Electronic monitoring services can vary in cost, but one company cited in the article charged a setup fee of $179.50 and additional fees of $9.25 daily during the duration of the time that the monitoring was in effect.   Every state in the United States -except for Hawaii and the District of Columbia- requires defendants to pay at least something towards their own monitoring, and many states contract to private companies that set prices similar to these. This can put defendants in an impossible situation even before being convicted of a crime, because they need to pay every month if monitoring is a condition of being released on bail.

State and local authorities have increasingly been turning to private companies to provide criminal justice services and have been turning to defendants to bear the costs of their own incarceration or criminal punishment. This trend is occurring because the costs of the criminal justice system are not otherwise sustainable. There are so many people in prison in the United States that it costs $80 billion annually to keep everyone incarcerated. State and local governments are forced to pay around 90 percent of these costs, and they don’t have the money, so they privatize services and charge defendants.

Whether you are arguing for bail or arguing to avoid conviction, you need to make aggressive and strategic legal arguments so you can try to avoid becoming one of the millions caught up in the U.S. criminal justice system. Bukh Law Firm, PLLC understands how to help defendants to fight to protect not just their financial security but also their freedom. Call us today to schedule a consultation and learn more about the ways in which our NY criminal defense team can help you.