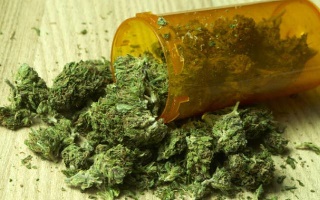 This morning Bob Egelko has a pretty good writeup in the SF Chronicle about the grant of review in People v. Kelly, the medical marijuana quantity limits case, and also about the way the medical marijuana community has been split over whether the quantity limits established by SB420/the Medical Marijuana Program are a good or a bad thing. Egelko notes that some groups, such as Americans for Safe Access and the ACLU, think the court of appeal “should have left some standards in place to guide police and protect patients” and argue that the quantity limits of the Medical Marijuana Program were intended to be an optional rather than a mandatory guideline — something that patients could opt in to, if they wanted to, through the ID card program established under the MMP.

The confusion in this area stems from two distinct problems: one is that the legislature made a drafting error in writing SB420, such that the quantity limit language of that law seems to apply to absolutely all medical marijuana patients, not just patients who opt-in to the ID card program. The second problem is that the California Supreme Court, when it discussed this general issue in the 2006 case of People v. Wright, wrote the following about the quantity limits:

the amounts set forth in section 11362.77, subdivision (a) were intended “to be the threshold, not the ceiling.”

That line about the “threshold, not the ceiling,” comes from the legislative history of SB420, but trying to figure out exactly what it means has taken up the brain power of many otherwise capable people. As best I can tell, the word “threshold” in that sentence does not mean “entrance” to legal protections, as one might suppose from the association between “threshold” and “doorway.” Rather, it means that the quantity limit is the “boundary” between the protections of SB420 and the broader, less specifically defined “reasonableness”-oriented protections of the Compassionate Use Act. But that’s just my best guess. When law is written in metaphors, it reads like haiku. Unfortunately, many people who thought they were legitimate medical marijuana patients have been arrested, prosecuted and convicted under state law on the basis of that haiku.

For more background on what this debate is about, see this blog’s overview of California medical marijuana law.