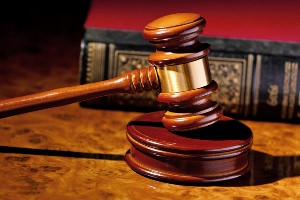 The U.S. Sentencing Commission is considering revising the fairness of economic crime penalties while working with Congress to reduce the severity of minimum mandatory penalties. While defense attorneys are recommending reduced sentences for white collar crimes, some judges are critical of the sentencing guidelines believing they are too low for certain economic crimes. Right now, the system gives an offender the same sentence for the same crime without looking at motive and sophistication of the crime.

White collar crime punishments and penalties are usually based upon the total financial loss to the victim resulting from the crime. Defense attorneys argue that other circumstances should be taken into consideration such as the amount of financial gain to the defendant and the sophistication involved in planning the scheme.  The panel plans to hear testimony from judges, victims and others when deciding how to find better ways to establish economic crime penalties and punishments.

Right now it is hard to say what direction the commission will take especially after public outrage over fraud involving people’s life savings and the 2008 financial crisis and bailout. However, given the fact that the Justice Department is looking for ways to save costs on overpopulated prisons, the commission must find ways to work with Congress while balancing the public’s outrage so that the safety of the public is not jeopardized.