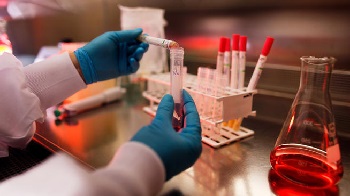 When prosecutors present evidence in court, the evidence should be accurate, as a defendant’s future hangs in the balance. Much of the evidence that prosecutors present comes from crime labs, which conduct testings of DNA, do hair analyses, and evaluate a great deal of other forensic evidence from the scene of a crime.  Juries often put a lot of trust in the information that is presented from crime labs, because this information is considered “scientific” and objective and because jury members often have misconceptions from shows like CSI that make them believe forensic evidence is always accurate.

The problem is, crime labs nationwide are rife with problems. PBS reports on “dozens” of crime lab scandals that have erupted nationwide across the United States in the past decade and that have necessitated the review, retrial, and reversal of thousands of cases.  With the goal of fixing this major problem, the Department of Justice announced a plan to require that evidence be processed at accredited crime labs. However, this plan is woefully inadequate and still will result in many prosecutors being able to use problematic and potentially inaccurate evidence against defendants.

The new DOJ policy isn’t going to force all the rest of the labs to become accredited, nor is it going to actually have a tangible impact on preventing the processing of evidence at unaccredited labs.  The new DOJ policy only imposes an accreditation requirement on labs which are directly contracted with the DOJ and the new requirement will not go into effect until 2020.  Further, the requirement only requires that prosecutors use accredited labs “when practicable,” which creates a built-in loophole.

Many members of the National Commission on Forensic Scientists are also concerned that simply requiring universal accreditation is not going to be sufficient to ensure the accuracy of evidence, because accreditation must also be more rigorous to truly ensure the integrity of crime labs.

Accreditation generally requires maintenance and calibration of equipment, and the use of standard operating procedures and quality controls. Accreditors, however, are private entities and their standards are often very lax. Some accreditors even allow crime labs to determine on their own what cases will be seen by reviewers, rather than having the cases selected randomly. This creates the opportunity for crime labs to cherry pick their most accurate and best work to present to accreditors.

Accreditation also does not effectively solve the problem of technicians who are undertrained and prone to errors, and it does not address the issue of what happens when unscientific conclusions are reached.

Due to the extensive problems with scientific testing, which the DOJ’s proposal will not be able to correct, it is imperative that defendants have an experienced criminal defense lawyer providing legal representation whenever they are accused of violating the law.

A criminal defense lawyer can help defendants to conduct their own investigations, find their own experts, and call scientific testimony into question when it is presented by prosecutors. An experienced attorney can also help to ensure that testing standards and testing labs are evaluated and that evidence that is contaminated or inaccurately processed is suppressed so it cannot be used to secure an improper conviction.  To learn more and to find out how NYC criminal defense lawyer can help you, call Bukh Law Firm, PLLC today.