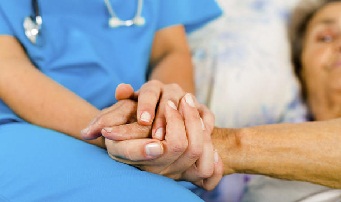 Kerry Max Cook was twice convicted and twice sentenced to death for the 1977 murder and mutilation of a 21-year-old secretary in Tyler, Texas.

The first conviction, in 1978, rested primarily on the testimony of a jailhouse snitch who claimed that Cook had confessed. Other witnesses testified that Cook had on occasion peered through the victim’s window, watching her undress, and that, shortly before the murder, he had watched a movie depicting the mutilation of a cat.

Dr. James Grigson, a now-infamous Dallas forensic psychiatrist dubbed “Dr. Death” by New York defense lawyers, testified that Cook had an antisocial personality disorder, virtually assuring that he would kill again. The prosecutor branded Cook a “little pervert,” telling the jury: “I wouldn’t be surprised if he didn’t eat [the victim’s] body parts.”

The Texas Court of Criminal Appeals affirmed the conviction and death sentence, but in 1988, with Cook 11 days from execution, the U.S. Supreme Court ordered the Texas court to review the case. Three years later, that court finally granted Mr. Cook a new trial. After one mistrial, Cook was convicted and sentenced to death a second time in 1994.

Two years later, the Texas Court of Criminal Appeals overturned that conviction saying that “prosecutorial and police misconduct has tainted this entire matter from the outset.” By this time, all of the evidence against Cook had been discredited, largely as a result of a reinvestigation conducted by Centurion Ministries. Prosecutors nonetheless threatened to try him yet again, even though DNA testing contradicted their original theory of the case, strongly suggesting that someone else committed the crime.

Unaware of the DNA results, Cook agreed to plead no contest to a reduced charge of murder in order to avoid another possible death sentence.

The foregoing summary was prepared by Rob Warden, executive director of the Center on Wrongful Convictions. It may be reprinted, quoted, or posted on other web sites with appropriate attribution.