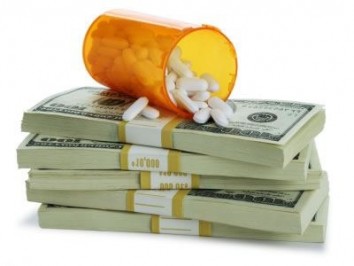 In mid-May, the Assistant Attorney General spoke to the American Bar Association about the problem of health care fraud.  According to the Department of Justice transcript of the remarks, the focus of the discussion was on the Criminal Division’s efforts to fight against fraudulent claims made by healthcare providers.

Healthcare fraud takes many forms, including billing for services not performed and unbundling services that should be grouped under one insurance code in order to get paid more for each individual service. Healthcare fraud costs billions and since a Strike Force began targeting specific Medicare billing categories in 2007, the Strike Force has identified more than 2,100 people who collectively billed Medicare for more than $6.5 billion in fraudulent claims.

Medicare fraud is taken very seriously by federal investigators, and those who are under suspicion of fraud need to act quickly to get help resolving their legal problems before they find themselves facing criminal charges and with bank accounts and other assets frozen. If you are under investigation or if you have been indicted for healthcare fraud, an insurance fraud defense lawyer should be your first call.
DOJ Takes Action Against 16 Hospitals

While the Department of Justice has been aggressive in going after people involved in many different types of healthcare fraud, one of the most recent cases involved allegations that hospitals were inappropriately billing Medicare for unnecessary psychotherapy services.

The 16 hospitals that were named in this False Claims Act case were accused of fraud in connection with Intensive Outpatient Psychotherapy (IOP) services. IOP services provide a variety of different types of active treatment to people who have mental disorders who are covered by Medicare.

Between 2005 and through 2013, the hospitals allegedly submitted claims for IPO services despite knowing that the claims should not qualify for Medicare reimbursement since the patient’s treatments were not provided pursuant to individualized treatment plans designed to address specific mental health issues and reach achievable goals. The patients also reportedly received inappropriate levels of treatment, including therapy that was recreational or diversional and not targeted towards addressing a specific mental issue. Finally, the progress of the patients’ was not tracked, in violation of Medicare guidelines.

This latest case is just one more in the efforts of the DOJ to crack down on fraud in Medicare claims.  The Assistant Attorney General indicated that one of the DOJ’s major areas of focus was the billing of medical equipment to Medicare. However, Medicare provides broad coverage of all different types of therapy and treatments and fraud can exist within any healthcare industry.

In many cases, it is not always clear to providers whether the treatment they are offering actually should be covered or not. The result is that a provider or care facility could end up being subject to criminal investigations and to civil actions under the False Claims Act even without knowingly violating the law.

Insurance fraud cases are complicated, and it is imperative that those accused of breaking the rules have proper legal help defending themselves. Call an insurance fraud defense lawyer for assistance with your case if you are accused of wrongdoing in connection with Medicare, Medicaid, or other health insurance claims.